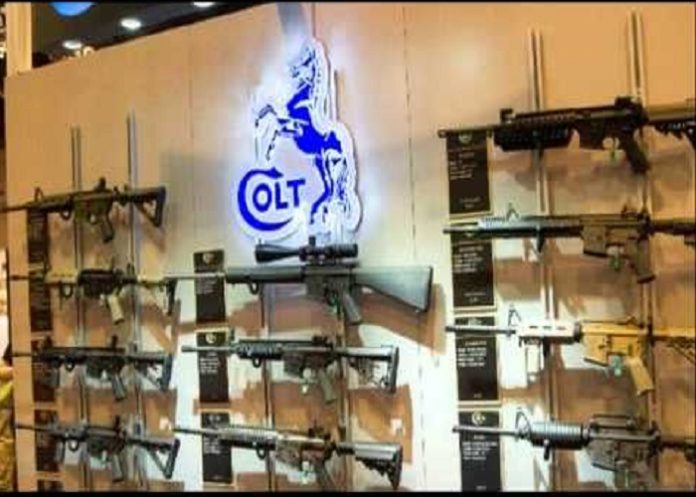 After intense lobbying on social media on the national stage, survivors of the Parkland school massacre really appear to be effectuating change on gun policies. Major sports seller DICK’S Sporting Goods, either realizing the ramifications on their bottom line or simply seeing the writing on the wall, made the decision to no longer sell assault weapons.

Other corporations like Walmart made tiny reforms as well. corporate giant Walmart, for example, changed their gun sale policies to prevent anyone under the age of 21 from purchasing a rifle. And that has one little ammosexual-in-training all butthurt.

Tyler Watson, a 20-year-old man from Oregon, is suing both DICK’S Sporting Goods and Walmart over their new gun policies. Watson alleges that he attempted to purchase a .22-caliber rifle from Field and Stream, which is owned by Dick’s Sporting Goods on February 24 but was turned away because of his age. DICK’S announced four days later that would no longer be selling high-capacity assault rifles, as well as increasing the age to purchase a gun to 21.

In a second lawsuit, Watson claims he was turned away by Walmart when he attempted to purchase a rifle from one of its stores on March 3. A Walmart spokesman told the Oregonian in a statement that the company intends to stand by its new policy, adding that he has not seen Watson’s complaint.

Technically speaking, Oregon law states that residents over the age of 18 can purchase shotguns or rifles, which means that the Watson is acting within the confines of the law. Interestingly enough, Oregon was one of the first states to enact serious gun reform in the wake of the Parkland shooting massacre.

In addition to finally ticking off his mouth-foaming gun nut base bu suggesting gun confiscation without due process, President Donald Trump also asked Congress to consider raising the age to purchase a gun to 21 years-old.