The United States Blues
Home Health 40 percent of Republican men have no idea how a woman’s reproductive... 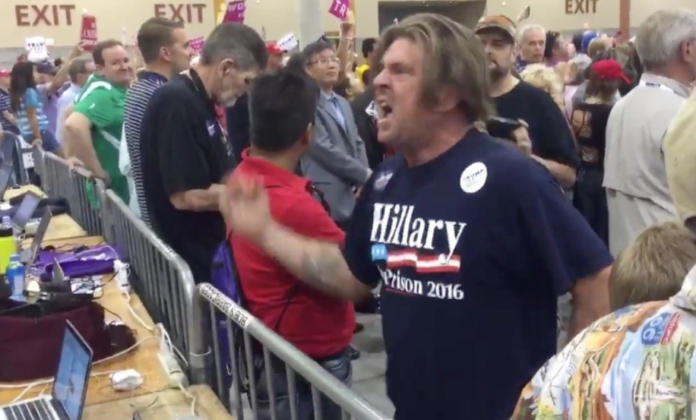 One would expect that Republicans would at least understand how the female reproductive system works if they are going to insist upon controlling women’s bodies. But, that’s not the case according to surveys by research communication firm PerryUndem.

Over the course of 2019, several Republican-controlled states have passed draconian anti-abortion legislation, such as in Alabama, Georgia, and Missouri in an effort to deny women exercising their constitutionally protected choice to end an unwanted pregnancy. 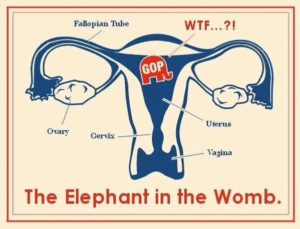 Needless to say, such efforts have drawn condemnation across the country. And now people have even more reason to be upset with Republicans for attacking women’s reproductive rights because they don’t even understand how women’s bodies work.

According to a survey designed to measure knowledge of women’s bodies in the wake of bans on abortion after six weeks, PerryUndem found that a staggering 40 percent of Republican men actually think that women start their menstrual cycles the 1st of every month.

2) 40% of Republican men voters say it’s “true” or are not sure whether “Most women get their periods at the first of the month.” (We asked this Q to better understand people’s knowledge in light of the recent 6-week abortion bans)

Women’s menstrual cycles do not all start at the same time, and they certainly do not always start on the first of every month. A cycle can occur at any time every 21 to 45 days, which means occurrence varies.

It’s little wonder why most voters believe that women have not achieved true gender equality while 77 percent of Republican men think the opposite.

Most voters also say that President Donald Trump has only made things worse for women.

4) Most 2020 voters are more likely to think President Trump has made things worse, rather than better, for women. pic.twitter.com/aukp05dG6F

Voters were also asked to associate a word between Trump and women and these were the top responses.

The researchers also found that the Kavanaugh hearings were key to Democrats winning big in the 2018 midterm election, and abortion bans in 2019 are generating the same kind of energy among women and Democrats ahead of 2020.

9) This year, the major cultural moment related to gender equality is around the recent abortion bans. Data suggest these are on par with last year’s Kavanaugh/Ford hearings – sparking millions of conversations and thoughts about the state of women’s rights in our country. pic.twitter.com/4jzR4CegmR

The fact that a large proportion of Republicans have no clue how the female reproductive system works is alarming, especially if many of these men are the very lawmakers who sponsored or voted for anti-abortion bills. This is not only an argument for more women in office, but it’s also an argument for more focus on education and basic science. Because if Republicans are going to try to regulate women’s bodies, they had better at least know how they work first.