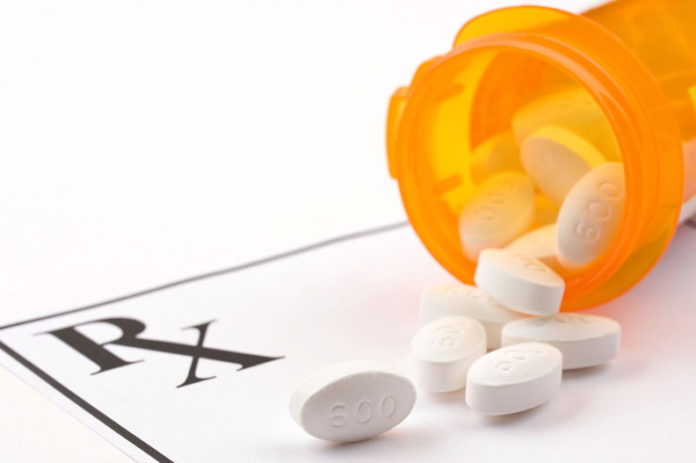 60 people — including 53 medical professionals — have been charged in a five-state drug bust that federal authorities say included 350,000 prescriptions and 32 million opioid pills that were sold for money and in exchange for sex with patients.

At a Thursday morning press conference, U.S. Attorney Benjamin Glassman of Cincinnati hailed the takedown as the largest yet aimed at those who illegally prescribe prescription drugs to patients. And Robert Duncan, U.S. attorney for eastern Kentucky, referred doctors who were arrested as “white-coated drug dealers.”

The operation was conducted by the federal Appalachian Regional Prescription Opioid Strike Force, which covers the states of Alabama, Kentucky, Ohio, Tennessee, and West Virginia.

HuffPost reports that one of the medical professionals arrested referred to himself as the “Rock Doc”:

“Among those charged was a Tennessee nurse practitioner who dubbed himself the ‘Rock Doc’ and is accused of prescribing dangerous combinations of drugs such as fentanyl and oxycodone, authorities said.

“An indictment states that Jeff Young operated a clinic in Jackson, Tennessee, and promoted his practice with the motto’“work hard, play harder.’ The indictment states he prescribed drugs that were highly addictive and at high risk of abuse as he tried to promote a ‘Rock Doc’ reality TV pilot and podcast while obtaining sex and money for prescriptions.”

Another doctor in western Tennessee was also charged with trading opioid prescriptions in exchange for sex with patients.

A Kentucky doctor allegedly wrote prescriptions for his Facebook friends, allowing them to come to his house and pick them up. Yet another, according to the indictment, left signed prescriptions for staffers to fill out and give to patients who asked for them.

Additionally, a doctor in Ohio is alleged to have been running a prolific “pill mill” out of his medical practice that dispensed 175 million opioid pills over a two-year period.

In a statement issued shortly before he held a press conference regarding the Mueller report, Attorney General William Barr noted:

“The opioid crisis is the deadliest drug crisis in American history, and Appalachia has suffered the consequences more than perhaps any other region.”

And yet the Trump administration has done almost nothing — other than talk in platitudes — to control the drug crisis in Appalachia or anywhere else in this country.