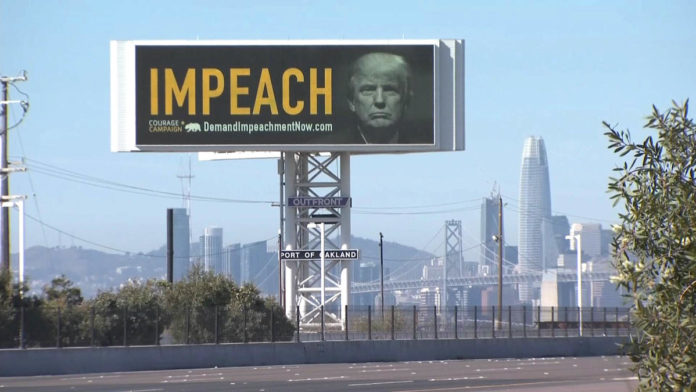 The latest Harvard CAPS/Harris poll shows that a majority of those surveyed said some sort of action should be taken against Trump. As the Hill reports:

“The poll shows that a majority of voters polled think some kind of action should be taken against Trump, though they are divided on how far lawmakers should go as Democrats prepare to take over the House majority.

Impeaching a sitting president requires a majority vote by the House on articles of impeachment, which must be drawn up by the House Judiciary Committee. Conviction in the Senate is required by a two-thirds vote. Republicans currently control the Senate by a count of 53 seats to 47 for Democrats.

The Harvard poll comes on the heels of a very bad month for Trump. His former attorney, Michael Cohen, was sentenced to three years in prison and is fully cooperating with Special Counsel Robert Mueller, who is investigating a possible conspiracy between the 2016 Trump campaign and Russia. Federal prosecutors have also implicated Trump in a scheme to pay hush money to two women he allegedly had affairs with. Such payments are in violation of federal campaign finance law.

Mark Penn, co-director of the Harvard CAPS/Harris poll, noted that only 49 percent of those polled said they think Trump should be impeached for the hush money payments:

“When it comes to going after the president on campaign violations, a narrow majority of voters said it would be a repeat of 1998 when President Clinton was acquitted over charges he lied about sexual affairs.”

Whether Trump is impeached or not, the upcoming report from the special counsel could cause severe political damage to Trump, who is also being blamed for the ongoing government shutdown, which is entering its second week. A weakening economy or recession could also cause the president to lose significant support, even among those who voted for him in 2016.