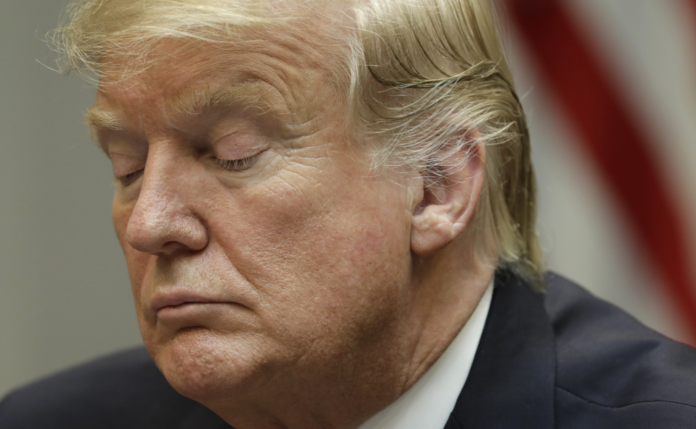 Over 600 U.S. companies told President Donald Trump in no uncertain terms on Thursday that his ongoing trade war with China is a disaster for business and consumers, and they directly contradicted his claims that tariffs are paid by China.

In a letter sent by companies ranging from Walmart and Target to Macy’s and Costco, the president was criticized for his tit-for-tat trade war escalation:

“We encourage the administration to negotiate a strong deal with China that addresses longstanding structural issues, improves U.S. global competitiveness, and eliminates tariffs. We believe this goal can be achieved without taxing Americans.

“Broadly applied tariffs are not an effective tool to change China’s unfair trade practices. Tariffs are taxes paid directly by US companies, including those listed below— not China.”

That last line about who pays tariffs is a direct slap at Trump, who repeatedly claims China pays the cost of his trade war, CNBC notes:

Trump has on many occasions said the U.S. is collecting billions of dollars in tariffs from China. In fact, the president reiterated that view over the weekend in a Twitter post, saying that “China is paying a heavy cost in that they will subsidize goods to keep them coming, devalue their currency.”

But Trump’s claim has been disputed by many American businesses that import Chinese goods, which argue that they’re the ones bearing the brunt of those duties.

“The U.S. economy is facing a quite unique situation in which one individual can disrupt global trade and investment plans of U.S. corporations, tax consumers on a broad range of imports, etc.”

The trade war with China has already cost the market billions of dollars, and most market watchers say they only expect to get half of those losses back.

Will the president heed the warning from these 600+ companies? That seems unlikely. He’s far too busy pretending he understands economics even though he filed for bankruptcy on four occasions as a so-called “businessman.”