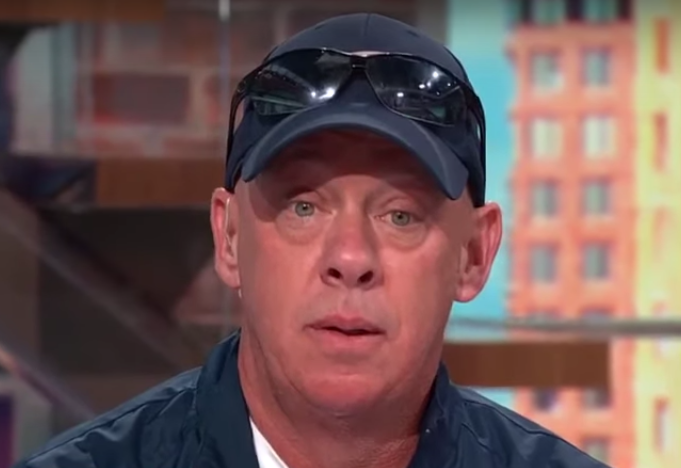 Even after Jon Stewart raised hell in Congress on behalf of 9/11 first responders, Congress still has not passed a bill to extend their healthcare coverage, and one first responder is so fed up that he called out two Republican senators by name.

Stewart delivered a passionate speech several weeks ago pleading with Congress to get this bill passed so that benefits for ailing 9/11 first responders can continue on and support them and take care of the ongoing medical problems stemming from the 9/11 terrorist attacks in 2001.

The House is preparing to take up and pass the legislation this week, while the Senate still remains a question mark despite there being 70 co-sponsors of the bill because Republicans are in control.

On Thursday, former demolitions expert John Feal, a 9/11 first responder, spoke to CNN about legislation and how he is still fighting to get it passed.

“We have to get it through the House and then to the Senate, as soon as that vote is over, it’ll be in the Senate,” Feal began. “I’ll have people with me, these people have worked so hard you know. I’m not an advocate, I’m not only a pain in the butt and badassery, but I’m also a historian to make sure history is not distorted. So the American people know what it took over the last 15 years to get this bill finally done.”

Feal then expressed concern about Senate Republicans, taking aim at two in particular.

Noting that Senators Thom Tillis (R-N.C.) and Richard Burr (R-N.C.) have not joined as co-sponsors of the legislation, Feal looked directly into the camera and appealed to the voters of North Carolina to call their senators and demand they join the cause, pointing out that many 9/11 first responders live in the state.

“You know, while my team is in that chamber watching that vote — and I hope they all enjoy it — I’m not going,” he said. “I’m going over to the Senate side to get people like Tillis and Burr.”

“Where’s the camera?” he asked. “Tillis and Burr, I’m coming tomorrow and if you guys aren’t on the bill in North Carolina, there’s going to be a problem. They have over 1,200 people in their state in the World Trade Center health program.”

“If you’re from North Carolina, contact Senator Burr and Tillis and tell them to get on the bill — it’s that simple,” he concluded. “This is an insult to the men and women from North Carolina and, frankly, we have 70 co-sponsors in the Senate and there should be 30 more on the bill. We have 333 in the House, the other 112 should be on the bill. How dare they not get on this bill because of political affiliation? Shame on them, they work for us.”

Tillis and Burr had better listen because Americans are getting sick of politicians like them using 9/11 as a prop while continuing to ignore the needs of the heroes who risked their lives that day to save others.

It is time to do the right thing.