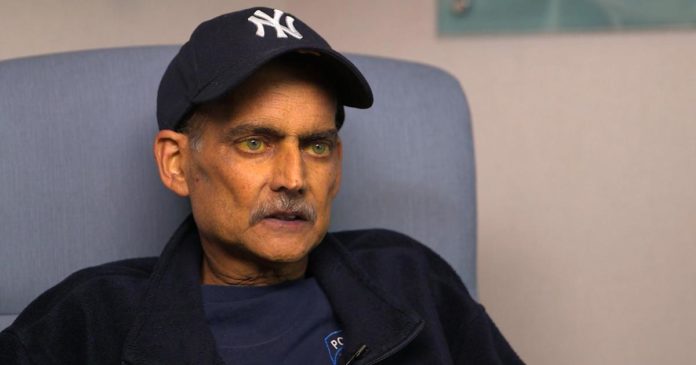 On Saturday morning, this country lost a true hero: 9/11 first responder Luis Alvarez, a retired New York City police officer, who died at the age of 53, leaving behind his wife and three sons, ages 14, 19, and 29.

The Ray Pfeifer Foundation, a nonprofit that helps first responders who became ill after 9/11 with medical needs not covered by insurance, shared the news on social media Saturday morning.

We lost another 9/11 first responder. Our thoughts are with the family and friends of NYPD Detective Luis Alvarez. pic.twitter.com/rnbhYuFNGJ

Alvarez recently testified alongside Jon Stewart before the House Judiciary Committee to urge that a fund for victims of the September 11, 2001 terror attacks not run out of money, telling the committee members:

“You all said you would never forget. Well, I’m here to make sure that you don’t.”

Stewart, former host of “The Daily Show,” excoriated lawmakers for their foot-dragging on the compensation fund:

“Your indifference cost these men and women their most valuable commodity — time. It’s the one thing they’re running out of.”

Shortly after appearing at that committee hearing, Alvarez was placed in hospice care because, as he noted on Facebook June 19, there was “nothing else the doctors can do to fight the cancer.”

But despite his illness, Alvarez continued to speak out, telling a local news station days before his death:

“That’s my ultimate goal, legacy, to have this bill passed so first responders have the coverage they need. I can still work from my bedside, I can still put the word out.”

Like many other 9/11 first responders who rushed to save those trapped in the World Trade Center, it is believed that Alvarez’s colorectal cancer was directly caused by toxins he inhaled while desperately attempting to assist others that fateful day:

First responders breathed in pulverized dust that included many toxic elements after the towers collapsed. Some of these include cement, asbestos, lead, glass fibers, dioxins and other chemicals.

Alvarez’s cancer was among many such cases linked to the aftermath of the 9/11 attacks, according CDC’s World Trade Center Health Program.