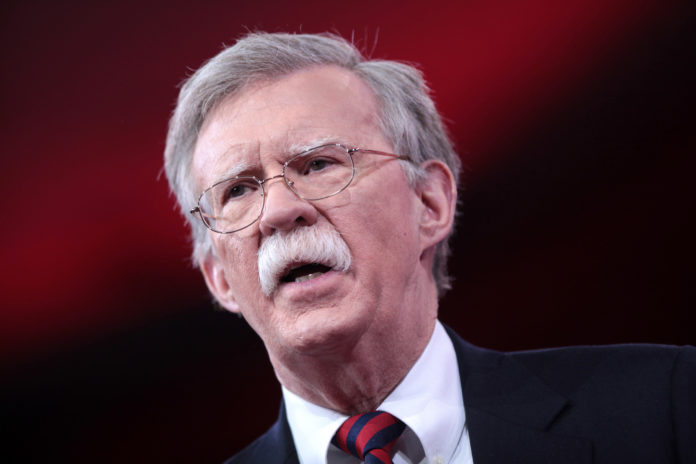 McMaster’s replacement, former UN Ambassador and Fox News contributor John Bolton, is known to be extremely hawkish, a neoconservative who thinks the answer to nearly every international problem is to bomb first and ask questions later.

Some have said that Bolton’s selection means Trump is assembling a war cabinet and has plans to attack Iran, North Korea, or both.

A look at some of the things Bolton has said and written over the years suggests that Trump isn’t interested in diplomacy; he’s ready to go full crazy:

In an op-ed Bolton wrote for the New York Times in 2015, the new National Security Adviser insisted the only solution in Iran is a military one:

“Time is terribly short, but a strike can still succeed. The inescapable conclusion is that Iran will not negotiate away its nuclear program. Nor will sanctions block its building a broad and deep weapons infrastructure.”

“The threat is imminent, and the case against pre-emption rests on the misinterpretation of a standard that derives from prenuclear, pre-ballistic-missile times. Given the gaps in U.S. intelligence about North Korea, we should not wait until the very last minute. It is perfectly legitimate for the United States to respond to the current ‘necessity’ posed by North Korea’s nuclear weapons by striking first.”

“By exchanging ambassadors, reopening embassies and calling for Congress to lift decades-old trade and travel restrictions, Obama has untethered our foreign policy from any discernible American interests.”

“This fear is particularly acute in America, where the Constitution unmistakably fixes sovereignty in ‘We the People.’ … The specifics of each case differ, but the common theme is diminished American sovereignty, submitting the United States to authorities that ignore, outvote or frustrate its priorities. Nothing in the Constitution contemplates such submission to international treaties or bodies.”

“There’s no such thing as the United Nations. If the UN secretary building in New York lost 10 stories, it wouldn’t make a bit of difference.”

During a 2015 Fox News interview, Bolton was asked about allowing Syrian refugees into the United States:

“We have no obligation to bring them into this country.”

Speaking at the American Enterprise Institute in 2013, Bolton remarked:

“In times of great budgetary stringency, we should redirect our assistance away from multilateral programs, such as the World Bank, the regional development banks and the United Nations, toward bilateral programs, both military and economic.”

Sounds like John Bolton will fit right into the Trump administration, even though he may wind up getting the rest of us incinerated in a nuclear conflict.