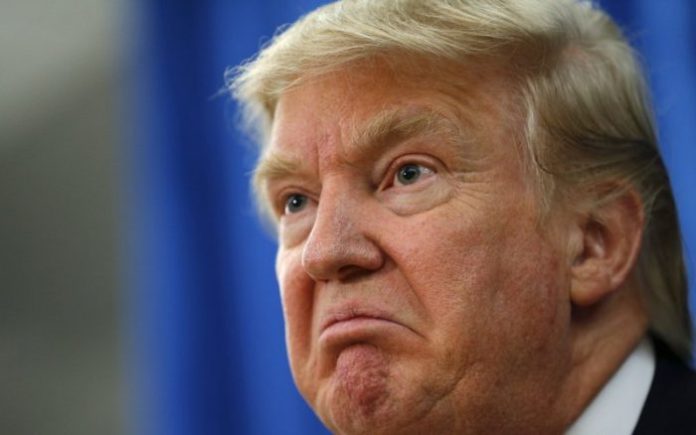 Those who support President Donald Trump are fond of saying one of the things they like most about him is that he always speaks his mind and doesn’t try to be politically correct.

But we should never forget that Trump also says things so disgusting and out of bounds that no one should utter such statements, especially if that person happens to be the leader of the free world.

Below is a partial list of some of the most disgusting things Trump has ever said:

According to the 1991 book Trumped! by John R. O’Donnell, the hotel and casino magnate expressed his belief that African-Americans were lazy:

“Laziness is a trait in blacks. It really is, I believe that.”

In the same book, Trump also had this to say:

Asked about Senator John McCain during the 2016 presidential campaign, Trump maintained that McCain — who was tortured for years as a POW at the infamous “Hanoi Hilton” wasn’t actually a war hero because he had been shot down and captured during the Vietnam war:

“He’s a war hero because he was captured. I like people that weren’t captured, OK?”

This took the form of a retweet from Trump on July 4, 2015, which he later deleted, and referred to Jeb Bush’s wife, Columba, who is a Mexican-American philanthropist.

Remember Trump’s animosity towards former Fox News host Megyn Kelly? She asked a few tough questions of him and he went as low as possible in response, calling her a “lightweight” and suggesting that she had “blood coming out of her whatever,” which certainly sounds like Trump was trying to say that Kelly was being tough on him because she was menstruating.

When Kzir and Ghazala Khan, the parents of the late Army Captain Humayun Khan, who was killed in action in Afghanistan, appeared at the 2016 Democratic Convention, Trump was outraged, and attacked the Gold Star parents, suggesting that Mrs. Khan, who stood by as her husband spoke, wasn’t allowed to say anything because she was a Muslim:

“If you look at his wife, she was standing there. She had nothing to say. She probably, maybe she wasn’t allowed to have anything to say. You tell me.”

Mrs. Khan later explained why she didn’t say anything, remarking that she was too overcome with grief to speak.

This one came from the infamous “Access Hollywood” tape that very nearly derailed Trump’s 2016 campaign. He bragged to host Billy Bush that he had gotten away with sexually assaulting women many times in his life because he was famous:

This is the one Trump used to kick off his run for president, accusing Mexican immigrants of being criminals:

There are thousands more offensive and disgusting things Trump has said, but to list them all would require a team of dozens writing 24-7 in order to compile them all.