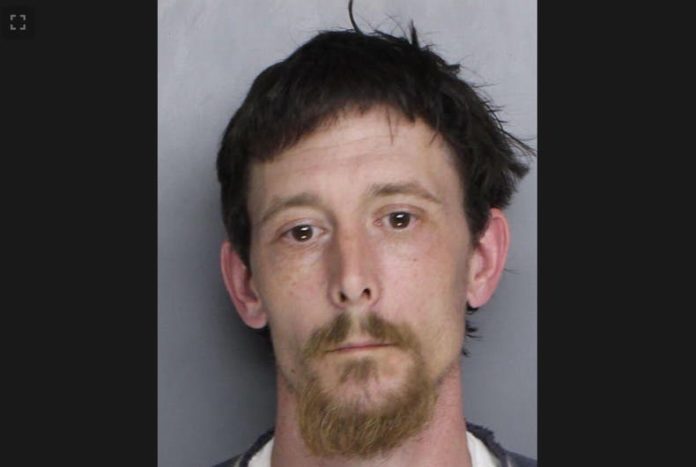 A man was arrested recently in Pennsylvania after he was accused of drilling holes in a Target dressing room to take photos of women as they disrobed. Police found more than 50 photos on his cell phone — including of underage girls — and have charged him with child pornography and invasion of privacy.

The man, Sean Anderson, is straight and cisgender, and yet a well-known anti-LGBT group is now claiming that Anderson’s arrest proves the need to keep transsexuals from being allowed to use the fitting room they want, according to LGBTQ Nation.

The American Family Association (AFA) released a statement after Anderson was arrested that read:

“As AFA has stated many times, our worries do not stem from fear of the transgender community, but rather from both the real and potential threat that predators and voyeurs would take advantage of the Target restroom policy to harm women and children — and there are plenty of incidents to show that they have.”

You may recall that Target drew the ire of right-wing groups when it announced that it would allow trans shoppers in its stores to use the bathroom they feel corresponds to their sexual orientation, and now the AFA wants to make a giant leap of flawed logic to claim that Anderson’s crime proves no transsexual person can be trusted:

AFA, however, is attempting to scare their followers into believing the two are connected. Most Target dressing rooms aren’t gendered already since they’re normally only for one person and Anderson did not enter a “women’s” dressing room by pretending to be a transgender person.

What Anderson did is a crime and is being treated as such. But that crime had nothing to do with transgender people.

The American Family Association has been designated as a hate group by the Southern Poverty Law Center (SPLC), which has this to say about the organization on its website:

The AFA says it promotes “traditional moral values” in media. A large part of that work involves “combating the homosexual agenda” through various means, including publicizing companies that have pro-gay policies and organizing boycotts against them.