The United States Blues
Home News Abby Huntsman slanders Ocasio-Cortez and gets hammered for it by Sunny Hostin... 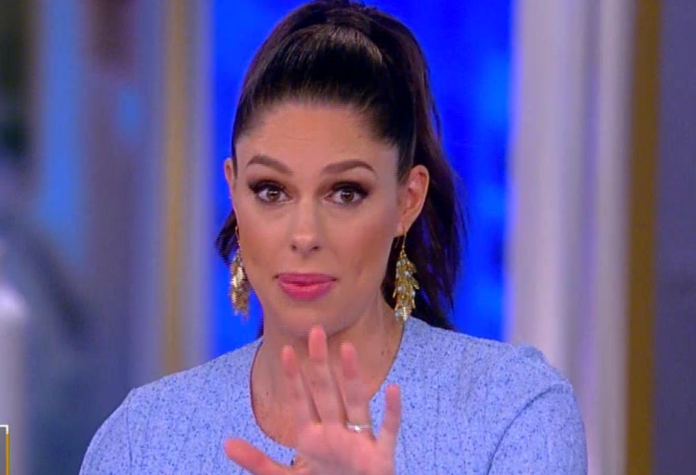 Ocasio-Cortez drew a massive crowd at the event, where she spoke about capitalism and how it is time to change our our economy from a greedy profit driven system into a fair system where everyone can benefit and thrive.

Huntsman flew off the handle and attacked the freshman congresswoman, once again portraying her as the left-wing equivalent of President Donald Trump and warning the Democratic Party to stay moderate instead of moving toward a more liberal platform.

Does anyone remember Huntsman ever criticizing the Republican Party for shifting far to the extreme right-wing? Me neither.

Let’s face it, our politics have not been in the center for a long time, and for it return to that way again Republicans would have to reject the extreme conservatism they have embraced now. That’s not going to happen, which means if Democrats stay in a moderate position, the center will always be a conservative ideology. If order to offer America a clear choice, Democrats must return to their liberal roots, which championed civil rights and the economic prosperity of the New Deal.

“If this is your message that ‘capitalism is irredeemable’ and compare FDR to racism, you want to talk about this country being ten percent away from garbage, by all means, if that’s where the Democrats are going-”

Hostin cut her off by asking for Ocasio-Cortez’s quote in context, which they were able to find during the commercial break.

“When we talked about AOC and the quote that she talked about ‘ten percent better than garbage,’ to put it in context, she was discussing civil rights and people of color,” Hostin said after the break. “And what she said altogether was ‘I think all of these things sound radical compared to where we are in terms of the rights of minorities, but where we are is not a good thing and this idea of like ten percent better than garbage it shouldn’t be what we settle for.'”

“So that’s very different than saying the United States is garbage,” Hostin concluded.

Here’s that video as well.

Frankly, it appears that Huntsman has nothing useful to contribute to The View. She is pretending to be a moderate even though she defends Trump on a regular basis and her obsession with attacking and slandering Ocasio-Cortez is just as bad as other conservatives and Republicans.

If it wasn’t clear before, it should be clear now. Conservatives fear Ocasio-Cortez and her popular ideas for solving our nation’s problems. Being a moderate sure as hell isn’t going to solve anything and when AOC shrugged off the moderate stance, she echoed founding father John Adams himself, who said “In politics, the middle way is none at all. If we finally fail in this great and glorious contest, it will be by bewildering ourselves in groping for the middle way.”

America needs a direction, not the status quo, which is slowly strangling us to death. And seeing as how extreme conservativism has only exacerbated our problems, the only direction left is liberalism.