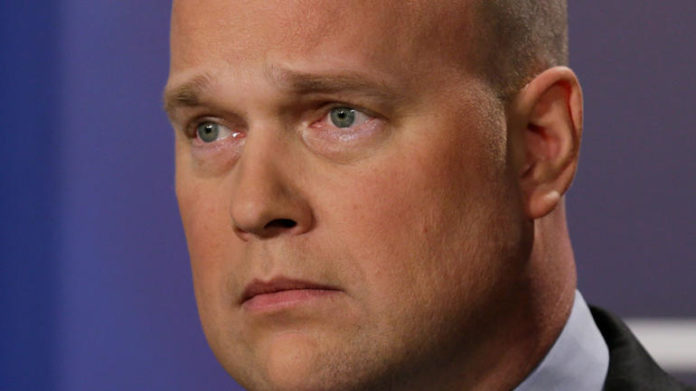 When President Donald Trump fired Attorney General Jeff Sessions on Wednesday, he elevated Matt Whitaker to be acting AG until a permanent replacement is named by the White House.

Whitaker, who worked for years as an attorney in his home state of Iowa, has made controversial statements regarding the Mueller investigation which he will now oversee, and he also once defended a man he said had a religious right to call LGBT Americans “the Gaystapo.”

The New Civil Rights Movement reports that in 2014 Bob Eschliman, editor of the Newton Daily News, wrote an editorial on his website in which he accused gay rights activists of being what he called “the deceivers.” He also referred to the LGBT community as the “LGBTQXYZ crowd.”

When his employer fired him for his remarks, Eschliman fired a federal complaint with the U.S. Equal Employment Opportunity Commission (EEOC) saying he had been dismissed from his job for his religious beliefs.

Whitaker, who was a volunteer attorney for the anti-gay Christian right organization Liberty Institute at the time, proudly defended Eschliman, even writing a letter to the EEOC, (where he had once worked) in which he proclaimed that Eschliman “holds religious beliefs similar to millions of Americans” and had been “intentionally discriminated” against because he was a person of faith.

And now this very same Matt Whitaker is the chief law enforcement officer of the United States, charged with overseeing hate crimes against LGBT Americans who have been attacked merely because of their sexual or gender orientation. Whitaker sounds like the kind of narrow minded bigot who would warm the heart of the ultra pious Vice President, Mike Pence and the far-right Christian evangelicals who have flocked to this administration in their zeal to impose their own beliefs on others.

Whitaker has long been a political hack who will do anything to secure his own advancement. The fact that he now oversees the Justice Department is not only dangerous, it’s anathema to the most basic notions of fairness and equality enshrined in the Constitution.