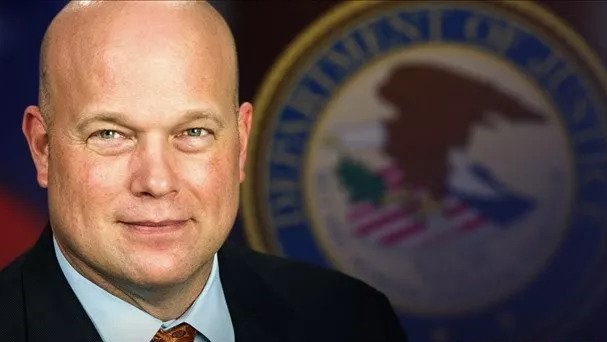 Acting Attorney General Matt Whitaker, who was appointed to the top spot at the Justice Department earlier this week by President Donald Trump, is under criminal investigation for ripping off millions of customers in an elaborate invention promotion scheme.

“The Federal Bureau of Investigation is conducting a criminal investigation of a Florida company accused of scamming millions from customers during the period that Matthew Whitaker, the acting U.S. attorney general, served as a paid advisory-board member, according to an alleged victim who was contacted by the FBI and other people familiar with the matter.”

World Patent Marketing is the company in question. It shut down last year when the Federal Trade Commission (FTC) accused it of scamming investors out of at least $26 million:

“The company charged would-be inventors thousands of dollars to patent and promote their inventions, but provided almost no real services and threatened those who complained, the FTC said. The FTC’s action was a civil proceeding. The existence of a continuing FBI investigation suggests authorities are also looking into potential criminal charges.”

Think about the implications of Whitaker being the top law enforcement officer of the nation while he himself is under a legal cloud. As AG, he could even order the FBI to end any further investigation of World Patent Marketing.

Whitaker has also come under intense scrutiny for remarks he has made in the past about the Russia investigation being conducted by Special Counsel Robert Mueller, which he now oversees as head of the DOJ. Whitaker has said:

Before he left for France Friday morning, President Trump said he had never actually met Whitaker. That was later proven to be a lie, and suggests that the president is trying to pretend his appointment of Whitaker has nothing to do with a desperate attempt to shut down the special counsel before he can complete his investigation.

Featured Image Via Department of Justice