The United States Blues
Home National News Adam Schiff Accuses Republicans Of Defending Trump At The Expense Of The... 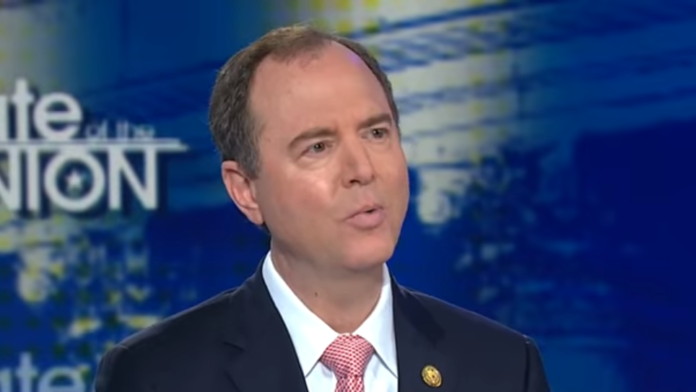 Last week, Republicans on the House Intelligence Committee shut down their probe into the 2016 election and possible Russian interference that helped elect Donald Trump as president.

Now the ranking Democrat on the committee, Rep. Adam Schiff (CA), is speaking out about the abrupt end to the Intelligence Committee’s investigation and giving us an inside look into what went on behind the scenes.

Speaking to Politico, Schiff began by slamming Republicans who were so eager to see the committee’s work end:

Asked about Mike Conaway (R-TX), who took over as chair of the House Intel Committee when former chairman Devin Nunes (R-CA) briefly recused himself, Schiff said he and Conaway had gotten along well together, but Nunes eventually undercut Conaway and others on the committee who wanted to continue looking into the 2016 race:

“Had Mr. Conaway and I been really given the latitude to run the investigation, it would have been a very different investigation. Chairman Nunes, even when he said he was stepping aside after the midnight run, never did, and continued to make all the key decisions—which witnesses would come in; when they would come; and what open hearings we would have; what open hearings we wouldn’t have; what subpoenas would go out; what subpoenas wouldn’t go out—all of these sideshow investigations of FISA abuse and Uranium One and all that—those were all decisions made by Chairman Nunes, not by Mike Conaway.”

But what has disturbed Congressman Schiff the most is the fact that it appears most of the GOP is eager and willing to defend Trump no matter what he’s accused of having done:

“I think one of the really sad realizations over the last year is not what kind of a president Donald Trump turns out to be—I think it was all too predictable—but rather, how many members of Congress would be unwilling to stand up to him, and more than that, would be completely willing to carry water for him. That is a very sad realization. I did not expect that. I thought there would be more Jeff Flakes, more John McCains, more Bob Corkers—people who would defend our system of checks and balances, would speak out for decency, who would defend the First Amendment.”

Congressional Republicans have tied their own future to that of President Trump, and that carries both rewards and risks. They desperately need Trump’s political base of support, but in yoking themselves to such a flawed person, they risk losing their majority and whatever shred of credibility they may have. And that could have long-term consequences for the GOP in future elections.