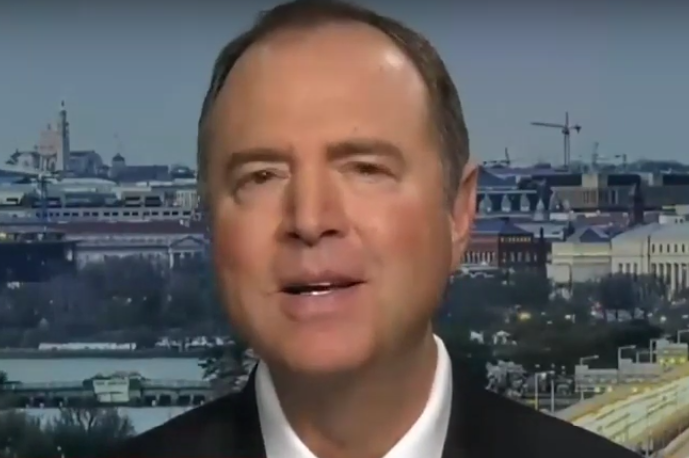 Despite the fact that 75 percent of Americans want the report released to the public and the fact that hardly anyone actually trusts Barr’s four-page summary of a 400-page document, especially since Mueller’s own investigators are now saying that the report is worse for Trump than Barr made it appear to be, the Trump crony still won’t release it, thus engaging in a cover-up that will likely be far more damaging to Trump even if the report really does clear him.

Schiff has been leading the charge to get the report released to the public in the name of transparency, something Barr promised to do during his confirmation hearings last year.

CNN host John Berman asked Schiff about the Justice Department’s explanation for not releasing summaries of the report written by Mueller’s team, using the old “classified information” excuse to keep the report hidden.

“That doesn’t explain it at all and in particular doesn’t explain why Barr felt he had to draft his own summary rather than seeking court permission to release grand jury material and providing the Mueller findings when they were ready instead of trying to color the public’s perception,” Schiff responded.

“Now we are two weeks into this, all we have is Bill Barr’s word for this,” Schiff continued. “And of course that comes from someone who was picked for his hostility to the obstruction case, which appears to be what some of the Mueller team is taking issue with.”

“Everyone is united on the need to make this report public,” he said. “I think the Attorney General should have done what he pledged to do in his Senate confirmation.”

Schiff went on to say that Barr is trying to hide information from the public.

Some Mueller investigators say their report is worse for Trump than AG Barr says, according to The New York Times.

“All we have is Bill Barr’s word for this, and of course that comes from someone who was picked for his hostility to the obstruction case,” @RepAdamSchiff says. pic.twitter.com/w96rYF65mg

During the same interview, Schiff pointed out that the Justice Department has no choice but to share counterintelligence with his committee because Barr has zero discretion under the relevant statutes to keep that information to himself.

He then expressed further thoughts about what Mueller’s team thinks about Barr’s summary.

“I think they are concerned that the facts may be misrepresented or that they may be slanted by this Barr summary, and I think they have every right to be concerned about that,” Schiff concluded. “To see their work product in any way mischaracterized if that’s their feeling, yes, they should be concerned about it. Again, it all comes back to the fact we need transparency. Let the American people judge whether what Mr. Barr did was fair or unfair and the only way that can happen is if they make this report public.”

“We need transparency. Let the American people judge whether what Mr. Barr did was fair or unfair, and the only way that can happen is if they make this report public,” House Intelligence Chairman @RepAdamSchiff tells @johnberman about the Mueller report. https://t.co/oRvAoq50QH pic.twitter.com/5RT9D5y3ta