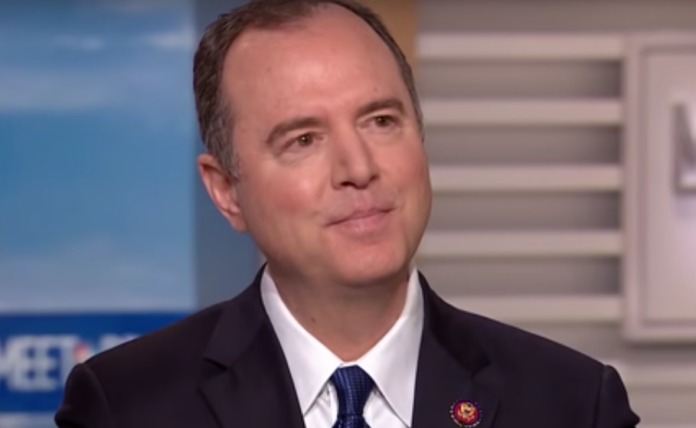 House Intelligence Committee chairman Adam Schiff confirmed that Blackwater founder and Trump supporter Erik Prince did not disclose a 2016 Trump Tower meeting with foreign countries during his testimony to Congress in November 2017.

Prince, whose sister is Secretary of Education Betsy DeVos, reportedly participated in the meeting with Donald Trump Jr. and representatives of Saudi Arabia and the United Arab Emirates along with an Israeli social media specialist connected to a later Seychelles meeting in which Prince allegedly tried to set up a backchannel between then-candidate Donald Trump and Russia.

This meeting occurred not long after Trump campaign officials met with Russian agents to get dirt on Hillary Clinton.

Prince never disclosed the meeting to Congress, meaning he purposely tried to hide it. But during an interview with Al Jazeera earlier this month, Prince confirmed the meeting happened, but insisted that it was about Iran and that he told Congress about it.

“We were there to talk about Iran policy,” he said.

After being informed that transcripts show he testified under oath and made no mention of the meeting, Prince claimed that “they got the transcript wrong.”

During an interview on Meet The Press on Sunday, Schiff told Chuck Todd that he can confirm that Prince made no such disclosure during his testimony.

“He’s certainly not telling the truth in that interview,” Schiff began. “There’s nothing wrong with our transcript. There was nothing wrong with the reporter who transcribed his testimony. He did not disclose that meeting to our committee. And in fact, as you can see from the published transcript of his interview, he was asked what kind of role he played, if any, in the campaign, and he said he had no role apart from on his own submitting written papers, hanging a yard sign, or making a contribution. And he was also asked about any substantive policy conversations that he might have had.”

Meeting with foreign representatives inside Trump Tower during the 2016 Election certainly amounts to a policy conversation, and Schiiff went on to say that Special Counsel Robert Mueller gets to determine whether Prince committed perjury.

Schiff then explained why Prince’s omission is concerning.

“There have been persistent questions about whether the U.A.E. was playing a backchannel role to the Russians during the campaign,” he said. “And those were a lot of the questions that we were asking him about. So clearly this meeting at Trump Tower with these players was of direct interest to our committee. So why conceal it? Why withhold that information if there was nothing improper, no improper purpose in it? There are a lot of deeply concerning and unanswered questions around Erik Prince and his involvement with the campaign.”