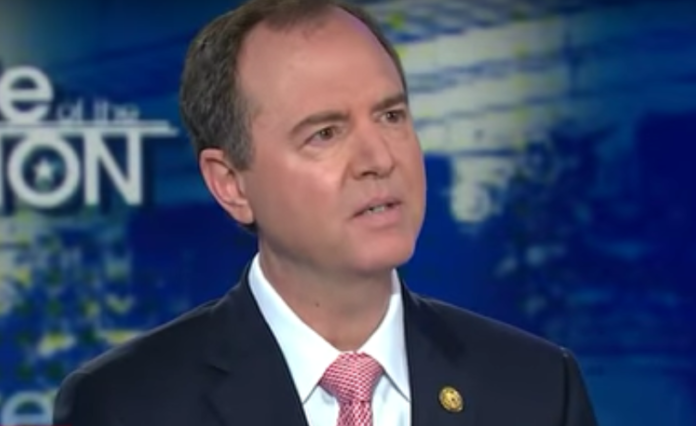 The Republicans on the House Intelligence Committee decided to prematurely end their Russia probe and ranking member Rep. Adam Schiff (D-Calif.) is NOT happy about it.

Without telling their Democratic colleagues, Republicans announced that they are concluding the committee’s investigation and declared that Russian President Vladimir Putin did not try to help President Donald Trump win in 2016 despite the assessment from our intelligence community says otherwise.

It should be pointed out that the House Intelligence Committee is chaired by Rep Devin Nunes (R-Calif.), a member of Trump’s transition team who was forced to recuse himself from the investigation after making false claims and informing Trump of the committee’s activities. He also authored the controversial GOP memo accusing the FBI and Justice Department of inappropriately obtaining the FISA warrant used to conduct surveillance on a member of Trump’s campaign.

News of GOP’s decision to end the investigation blindsided Democrats, and Schiff soon put out a statement condemning the move.

“While the Majority members of our committee have indicated for some time that they have been under great pressure to end the investigation, it is nonetheless another tragic milestone for this Congress, and represents yet another capitulation to the executive branch.”

“By ending its oversight role in the only authorized investigation in the House, the Majority has placed the interests of protecting the President over protecting the country, and history will judge its actions harshly. If the Russians do have leverage over the President of the United States, the Majority has simply decided it would rather not know.”

If Russians have leverage over the President, GOP has decided that it would rather not know. The minority’s work continues: pic.twitter.com/oOf13n75Vo

Less than a month ago, Schiff told reporters that the committee has an “abundance” of evidence that Trump committed collusion and obstruction.

Well, at least most of them don’t seem to care.

“I don’t know that necessarily there was a full fledged campaign to do everything they could to help elect Donald Trump. I think their goal was chaos. To say that we have seen a red evidence or say, ‘We got to get Donald Trump in there,’ I don’t know that’s true…We have lost all credibility and we’re going to issue probably two different reports.’”

“We’ve gone completely off the rails, and now we’re just basically a political forum for people to leak information to drive the day’s news. … We’ve lost all credibility” – Rep. Tom Rooney on the Republican decision to end the House Russia investigation https://t.co/6G7SgZbcoT pic.twitter.com/WXWt0Iaquv

Trump soon praised the decision of House Republicans in ALL CAPS on Twitter.

THE HOUSE INTELLIGENCE COMMITTEE HAS, AFTER A 14 MONTH LONG IN-DEPTH INVESTIGATION, FOUND NO EVIDENCE OF COLLUSION OR COORDINATION BETWEEN THE TRUMP CAMPAIGN AND RUSSIA TO INFLUENCE THE 2016 PRESIDENTIAL ELECTION.

And Schiff was quick to respond, informing Trump that the conclusion reached by the Republicans was based on an incomplete investigation, not the finding of the full committee.

This was not the finding of the House Intelligence Committee, Mr. President, but only a statement by its GOP members, who lack the courage to stand up to a President of their own party when the national interest necessitates it. https://t.co/ZC1T5BUKS1

It appears that America’s last hope for finding the truth is in the hands of Special Counsel Robert Mueller. That is if Trump doesn’t use the end of the House Intel Committee investigation as an excuse to fire him.