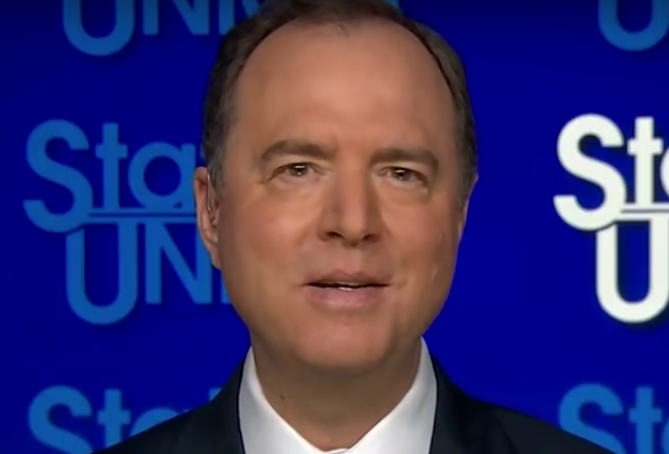 The government shutdown has entered its third week and is wasting billions of dollars daily while thousands of federal workers are going without paychecks, all because Trump is demanding taxpayers fund his vanity project on the border that won’t do a thing to stop illegal immigration or drugs.

Trump is so desperate that he even threatened to declare a national emergency to get the wall built, a move that would be immediately challenged in court.

During an interview with Jake Tapper on CNN Sunday, Rep. Adam Schiff explained why Trump has no such authority in this case.

Indeed, Truman tried to declare a national emergency in 1952 to keep steel production moving during the Korean War in the name of national security, but the Supreme Court overruled him in a 6-3 decision that remains precedent today.

“I think that what the president needs to do more than anything else — he’s painted himself into a corner on this thing — is figure out how he unpaints himself from that corner,” Schiff continued. “We need to reopen the government. We need to put people back to work.”

Schiff then referenced Senator Doug Jones (D-Ala.), who appeared earlier on the program.

Jones told Tapper that many people in his state are federal contractors and that they depend on the government to remain open.

Jones said that government workers should not be held hostage for a wall and warned that giving in to Trump would result in more government shutdowns later when he wants his way on something.

“If you reward the president with that kind of tactic, Jake, then we’re going to see every year the president shutting down the government,” he concluded. “And we just can’t afford to do business that way.”

If Democrats give Trump $5 billion for his wall, nothing stops him from shutting it down again when he wants more funding since it will take far more money to build the wall he wants. He could also shut it down every time he wants his way on other issues and that’s a dangerous precedent to continue allowing to happen. Basically, it’s the true national emergency. Republicans have time and time again held America hostage in order to get their own way and it’s disastrous for them and the country every time. Americans already blame Trump for the shutdown. If Republicans don’t stand up to him now, they will also be blamed for every shutdown that he initiates in the future when he doesn’t get his way.