The United States Blues
Home National News Adviser to Ukrainian president: Discussion of Biden was a precondition for phone... 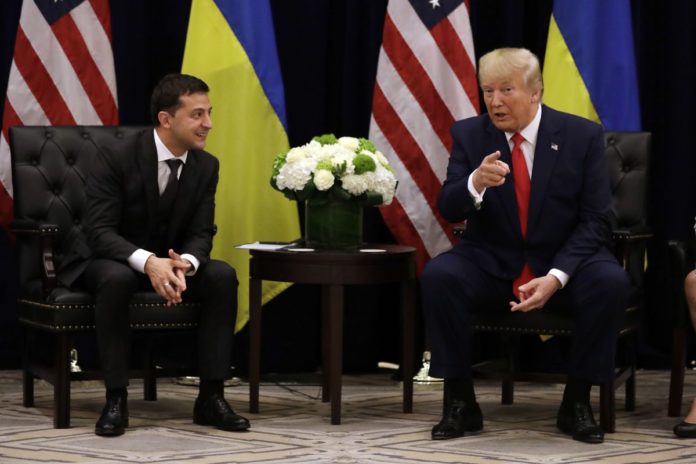 An adviser to Ukrainian President Volodymyr Zelensky says the White House made it clear that before President Donald Trump would agree to call the new leader of Ukraine, a discussion of “the Biden case” was a precondition.

“It was clear that [President Donald] Trump will only have communications if they will discuss the Biden case,” said Serhiy Leshchenko, an anti-corruption advocate and former member of Ukraine’s Parliament, who now acts as an adviser to Zelensky. “This issue was raised many times. I know that Ukrainian officials understood.”

The Trump administration’s alleged insistence that the two leaders discuss a prospective investigation into Biden, one of the president’s political opponents, casts his July 25 conversation with Zelensky in a new light.

On Wednesday, the administration released a rough summary of the July 25 phone call between Trump and Zelensky. According to that summary, Trump repeatedly encouraged Ukraine to work with Attorney General William Barr and his personal attorney, Rudy Giuliani, to take a look at the former vice president’s role in the dismissal of an allegedly corrupt Ukrainian prosecutor, Viktor Shokin, in 2016.

Trump and Zelensky met at the United Nations on Wednesday afternoon, with the Ukrainian leader saying he didn’t want to get involved in American politics:

“I’m sorry, but I don’t want to be involved in … elections of USA. No, you heard that we had, I think, a good phone call. It was normal, we spoke about many things, and you read it that nobody pushed it, nobody pushed me.”

Zelensky has previously said he isn’t aware that any investigation was ever opened into Joe Biden or his son, Hunter.

After leaving a secure location where he read the report, House Intelligence Committee Chairman Adam Schiff (D-CA) noted that what he had just seen “exposed serious wrongdoing” and gave his committee much to continue investigating.

Rep. Eric Swalwell (D-CA) who also sits on the House Intelligence Committee, said what he read in the whistleblower complaint “only corroborate the concerns that this is credible and urgent.”