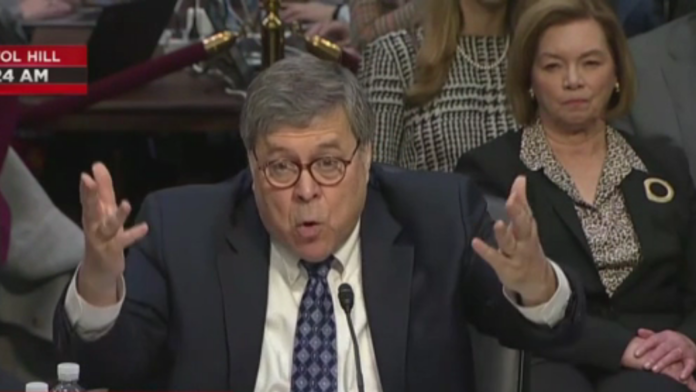 At the first day of his confirmation hearings to be the next Attorney General of the United States, nominee William Barr flat-out admitted that he doesn’t fully understand the U.S. Constitution.

Senator Dianne Feinstein (D-CA) the ranking Democrat on the Senate Judiciary Committee, asked a question about the Emoluments Clause of the Constitution, which states that government officials (including the president) are prohibited from accepting “any present, Emolument, Office, or Title, of any kind whatever, from any King, Prince, or foreign State.” Many Congressional Democrats say President Donald Trump has violated the clause on numerous occasions.

Specifically, Feinstein wondered if a president has the right to intervene in investigations being conducted. Barr responded a president did have that right as long as he had no personal stake in the matter:

“An easy, bad example would be if a member of the president’s family or a business associate or something was under investigation and he tries to intervene. That would be a breach of his obligation under the Constitution to faithfully execute the laws.”

“Including the Emoluments Clause of the Constitution?”

The AG nominee began to stammer, finally admitting he didn’t know a damn thing about the Emoluments Clause, which is troubling since he wants to be the chief law enforcement officer of the United States:

“Off the top of my head, I would have said emoluments are essentially a stipend attached to some office. But I don’t know if that’s correct or not. I think it’s being litigated right now.”

He doesn’t know?! Did he not anticipate this question being asked of him? If so, then he’s not smart enough to be the next attorney general.

On the other hand, perhaps the White House told Barr what to say when asked such a question; to play dumb, much like the president he hopes to serve. Whatever the case, Barr clearly needs to read the Constitution closely before he’s allowed to serve in any position that involves the document he’ll have to swear an oath to.