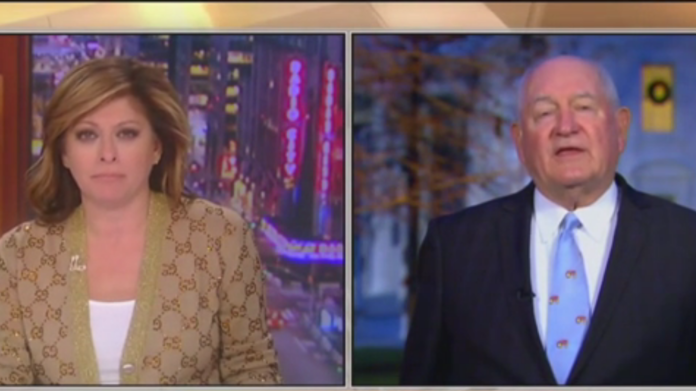 In their latest slap at the less fortunate in this country, the Trump administration is about to change the rules of who can and cannot receive food stamps.

Secretary of Agriculture Sonny Perdue announced the change in an editorial published Thursday in USA Today and later during an appearance on Fox Business.

According to Perdue, some states are taking advantage of waivers that allow them to extend SNAP (Supplemental Nutrition Assistance Program) benefits to those who cannot afford food and have been unable to find work:

“Because of a permissive regulation that allows states to grant waivers to wide swaths of their populations, millions of people who could work are continuing to receive SNAP benefits. The president has directed me, as Secretary of Agriculture, to propose regulatory reforms to ensure that those who are able to work do so in exchange for their benefits. This restores the dignity of work to a sizeable segment of our population, while it is also respectful of the taxpayers who fund the program.”

Perdue goes on to note that the unemployment rate now stands at 3.7 percent, so everyone should be able to find a decent job in the current economy, but neglects to mention that some Americans are still unable to get a job due to educational disadvantages or other factors such as a past felony conviction or geographical location.

Later in his editorial, Perdue tries to assure us that the USDA will make sure everyone has enough to eat despite his proclamations that if you cannot find a job, you may lose your benefits:

“At USDA, our informal motto is ‘Do Right and Feed Everyone.’ With these proposed improvements, we will ‘do right’ by the taxpayers and restore the dignity of work to the able-bodied who receive SNAP benefits. And, we will ‘feed everyone’ by ensuring the health and stability of SNAP for those who truly need it.”

But if a single American goes to bed hungry at night, how is that doing right or feeding everyone?

“This is become a way of life for some people, who have gotten the need during the Great Recession but have not gotten back into the workplace. So when you have more jobs than people — I mean, America needs workers. And this is to help facilitate them back to the dignity of work.”

Kinda hard to have much dignity if you don’t have enough to eat.