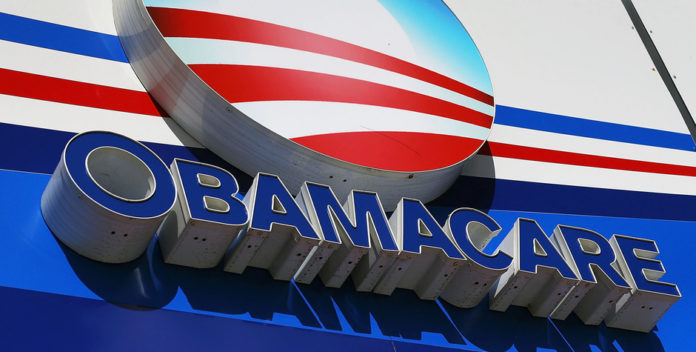 The Department of Justice, led by Attorney General William Barr, is now calling for federal courts to destroy the Affordable Care Act (ACA) — aka Obamacare — by ruling the entire law unconstitutional, according to HuffPost:

“Protections for people with pre-existing conditions, tax credits for lower- and middle-class insurance buyers, expanded state Medicaid programs for the poor ― all of these things would be gone, and millions of people would lose health insurance if the administration gets its way.”

Nicholas Bagley, a University of Michigan law professor and expert on the health care law, said the chaos created by an immediate overruling of the Obamacare law would throw the entire American health care system would be monumental:

“The notion that you could gut the entire ACA and not wreak havoc on the lives of millions of people is insane. The Act is now part of the plumbing of the health-care system.”

Such a move could also have major political repercussions for Congressional Republicans and President Donald Trump in 2020, especially since the administration and its supporters in Congress have declared they favor the part of the ACA that protects the rights of those with pre-existing medical conditions.

Fortunately, the lawsuit the DOJ is endorsing has a rocky path before Obamacare can be gutted:

“Although it got a favorable ruling from a federal district judge in Texas, it is currently before the U.S. 5th Circuit Court of Appeals. If it gets past the 5th Circuit, it would almost certainly go before the U.S. Supreme Court, which has already turned away two major challenges to the 2010 health care law. And those cases were widely viewed as more serious than this one.”

But on Monday, the Trump administration, by siding with plaintiffs who have filed a lawsuit against the ACA, essentially declared that it wants Obamacare pulled out by the roots and tossed into the garbage.

Abbe Gluck, professor of law at Yale University, said the move by the DOJ makes no sense at all:

“It’s a complete bombshell. The administration went from taking the position that only some of the insurance reforms should be struck down to now saying the entire ACA ― Medicaid expansion and all ― should go down with this ship. …  It’s a total 180, with drastic human consequences.”