The United States Blues
Home National News Airmen And Navy With Access To Nuclear Reactors And Missiles Busted In... 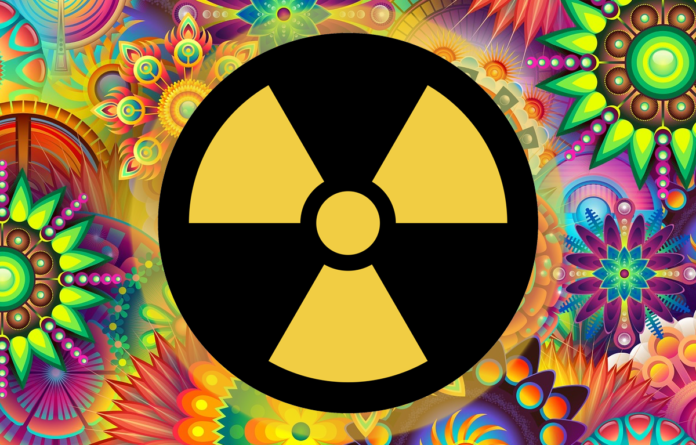 When it comes to who has access to the nukes, we’ve all been stressed thinking about Donald Trump and the nuclear football. Now, new reports about the Navy and Air Force are sure to make us all wonder if reality in the Trump administration has, in fact, become bent into some kind of an alternate reality induced by a literal trip on acid.

ABC News has reported that five Navy sailors stationed on the USS Ronald Reagan in Japan have faced criminal proceedings for operating an LSD distribution ring. Ten other sailors faced punishment for their involvement. All but one of the 15 men worked in the carrier’s nuclear reactor department.

Let’s repeat: The men were working on nuclear reactors while taking LSD on their time off.

The side-effects of taking the drug include, paranoia, fear and panic, unwanted and overwhelming feelings, unwanted life-changing spiritual experiences, and flashbacks.

The Wall Street Journal has previously reported that authorities in Japan were investigating the sailors for possibly distributing LSD to Japanese citizens. The case was allegedly dropped in June.

As if that’s not enough, recently in May, 2018, another report from the Associated Press revealed that 14 airmen at F.E. Warren Air Force Base in Wyoming were under disciplinary action or faced court-martial for using and distributing drugs, including LSD. The men were responsible for the security and defense of nuclear weapons on the base as well as a missile complex.

The probable leader of the drug ring at F.E. Warren Air Force Base, Airman 1st Class Nickolos A. Harris, told the military judge at his hearing:

Another airman claimed to enjoy taking LSD in one of seven court-martial proceedings as saying:

The airman admitted to using LSD in high school, and claimed a recruiter for the Air Force told him to lie about past drug use and that:

“Drug use was ‘normal’ in the Air Force.”

Harris pleaded guilty to using and distributing LSD, as well as using ecstasy, cocaine, and marijuana. At Harris’ court-martial, the judge said that Harris and other airmen “watched YouTube videos and ‘then went longboarding on the streets of Denver while high on LSD.'”

Harris spent 12 months in jail but avoided a punitive discharge through a pretrial agreement in which he would testify against other airmen.

The airmen were caught after one of men posted a video to Snapchat showing him smoking marijuana. Air Force investigators zeroed in on the drug activity following the slip-up. Harris had warned the men: “No social media at all.”

Just to top it all off, according to AP:

“It’s unclear how long before being on duty any of the airmen had taken LSD, which stands for lysergic acid diethylamide.”

In December 2006 the Pentagon eliminated LSD screening from standard drug-testing procedures. An internal Pentagon memo at the time said that over the previous three years only four positive specimens had been identified in 2.1 million specimens screened for LSD.