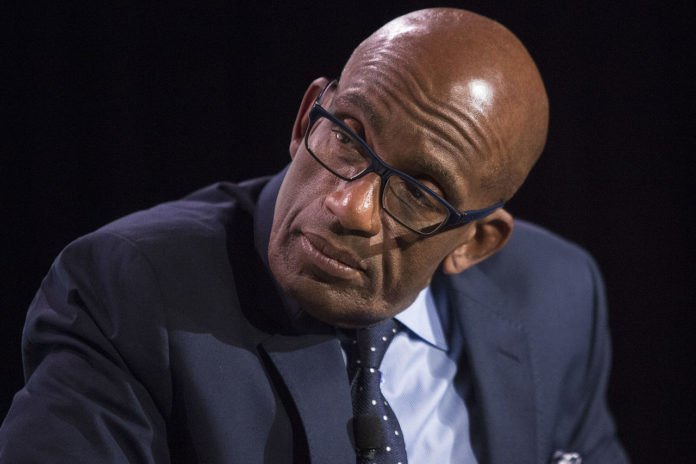 It’s been racist for over 100 years as racists wore blackface to mock black people and perpetuate stereotypes.

But Kelly defended the continued use of blackface by white people on Tuesday.

“What is racist?” she asked. “You do get in trouble if you are a white person who puts on blackface on Halloween, or a black person who puts on whiteface for Halloween. Back when I was a kid, that was okay, as long as you were dressing up as, like, a character.”

No, it wasn’t okay. Even Kelly herself apologized for her remarks.

“I realize now that such behavior is indeed wrong, and I am sorry,” she said in a statement. “The history of blackface in our culture is abhorrent; the wound too deep.”

Kelly went on to excuse her remarks by claiming that she’s not a “PC person,” but claimed to understand the need for sensitivity in the present day.

Roker made sure Kelly knew all about how he feels on Wednesday when he fired back in response.

“While she apologized to the staff, she owes a bigger apology to folks of color around the country,” Roker began. “This is a history going back to the 1830s — minstrel shows to demean and denigrate a race. [It] wasn’t right. I’m old enough to have lived through ‘Amos and Andy,’ where you had white people in blackface playing two black characters, just magnifying the worst stereotypes about black people. And that’s what the big problem is.”

Al Roker on Megyn Kelly’s blackface apology: “While she apologized to the staff, she owes a bigger apology to folks of color around the country because this is a history going back to the 1830s. Minstrel shows to demean and denigrate a race wasn’t right.” pic.twitter.com/nt7YhCRU18

Kelly may have apologized, but she should have known better than to defend blackface, especially since she shared a story on Twitter about Pastor Mark Burns issuing his own apology for offending black people with his own use of blackface in 2016.

.@pastormarkburns on controversial “blackface” tweet: “I apologize for the offense of the blackface.” #KellyFile

Seriously, there should be consequences for Kelly from NBC. Not only did she defend a racist pastime, she knew that defending it would be offensive. That makes her apology unacceptable.