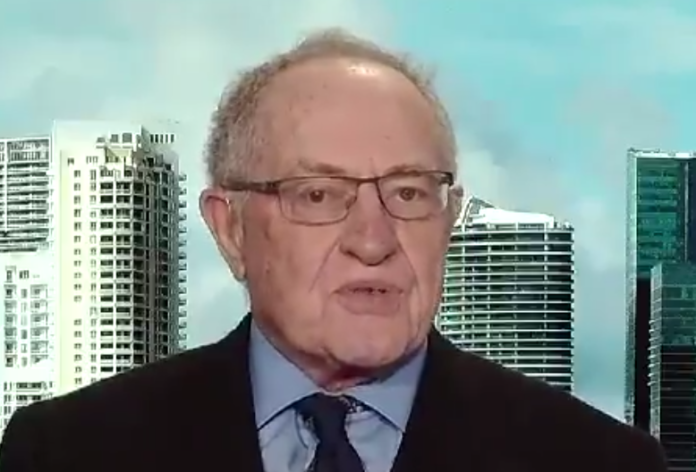 Lawyers do it all the time. Even Republicans in Congress did it when they controlled the House committees, but Rep. Devin Nunes (R-Calif.) is accusing Democrats of witness tampering for meeting with Michael Cohen to prepare him for his testimony, an accusation even Alan Dershowitz debunked on Friday.

Republicans are doing everything they can to discredit or undermine President Donald Trump’s former lawyer’s testimony. The latest desperation ploy comes from Nunes, who chaired the House Intelligence Committee that prematurely declared Trump innocent before even getting close to finishing the investigation that Democrats have now restarted.

During an interview on Fox News, also known as Trump’s propaganda network, Nunes accused Democrats of “coaching” Cohen by meeting with him to prepare him for his testimony on Capitol Hill.

Fox News went on to ask Dershowitz, also a defender of Trump, for his own analysis of Nunes’ accusations.

“It’s perfectly lawful for Democratic staffers to travel to prepare a witness,” Dershowitz said, no doubt deflating Fox News and Republicans who were hoping he would say anything else to bolster their claim. “That happens every day. I don’t know what the fuss is about that.”

Indeed, lawyers are always preparing witnesses to testify. And House Republicans did the same thing during their pathetic versions of congressional probes.

“I think it really depends on what influence the lawyers or the staffers may have had on his testimony,” Dershowitz continued. “They are not allowed to tell him what to say, obviously. On the other hand, they are allowed to suggest what the areas of interest are of the members of Congress. I think it has to be looked into very carefully but with a presumption of innocence.”

He went on to say that he has no doubt Republicans would do the same thing:

“I don’t think there is anything there,” he continued. “I think if Republicans were in House control today and they were calling Hillary Clinton people who were going to testify against Hillary Clinton or against Democrats they would be sending people to New York to help prepare their testimony.”

“We have to presume that they just did what lawyers and staffers do all the time,” he concluded. “And that is help prepare witnesses, cover the areas that want to be discussed. This sounds like a lot of sound and fury signifying nothing.”

Republicans are clearly grasping at straws trying to undermine legitimate House investigations and Cohen’s testimony and evidence he has provided to them. The idea that Democrats are tampering with witnesses is preposterous and slanderous and should draw a rebuke from all lawmakers along with a warning that such gaslighting is intolerable and has consequences.