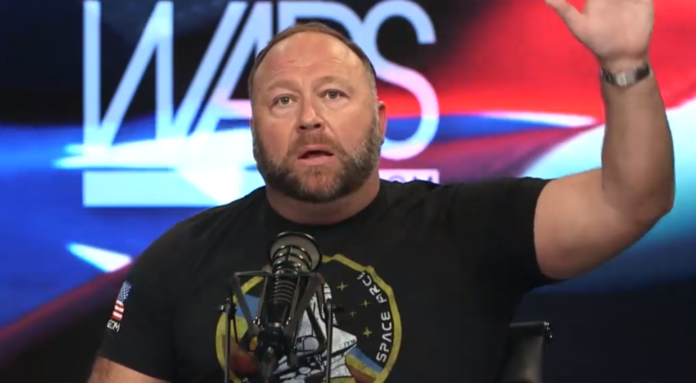 Conspiracy theorist extraordinaire Alex Jones is claiming someone tried to set him up after an alleged malware computer attack left child pornography on his servers. The FBI is investigating, according to The Daily Beast.

On his show Friday, Jones was joined by his attorney, Norm Pattis, and and the Infowars host immediately went off on an extended rant, angrily declaring:

“These were emails that if you, me or one of your workers had opened we would have been subjected to five years in federal prison.”

The attorney added that no one employed by Infowars had opened any of the infected files.

Jones also seemed to suggest that the families of Sandy Hook victims who are suing him might be responsible for trying to frame him with the malicious emails:

He repeatedly singled out Christopher Mattei, a former Assistant U.S. Attorney who currently represents the Sandy Hook families, and railed against Democrats who he appeared to believe were working against him.

“I am so sick of their filth and living off the dead kids of Sandy Hook.”

In the past, Jones has claimed that the Sandy Hook shooting which left 20 children between the ages of six and seven years old dead was a “false flag” carried out by the federal government in an effort to force gun control legislation through Congress. However, he has never provided a shred of evidence to prove his allegation.