The United States Blues
Home Politics Congress Alexandria Ocasio-Cortez claps back at Ted Cruz for trying to mock her... 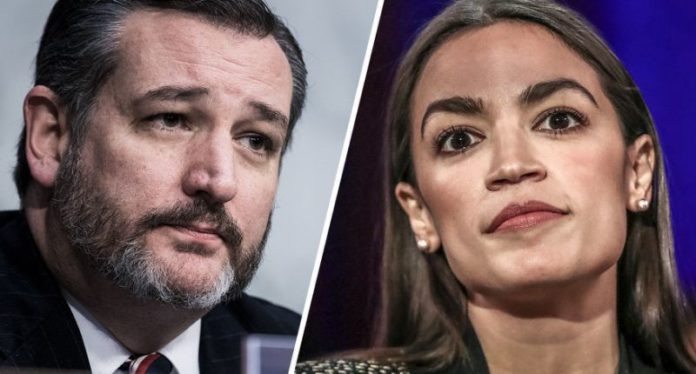 Poor little Ted Cruz. The Texas Republican senator has been called the most despised member of the U.S. Senate, and he isn’t even very relevant in the Age of Donald Trump, who makes headlines with his every tweet.

So, in order to raise his profile, Cruz thought he’d take a shot at trolling the most talked-about member of the freshman class in the House, Alexandria Ocasio-Cortez, for a tweet she sent out Monday. Here’s AOC’s posting:

Clearly, she’s making a valid point: They get seven bucks for a croissant, and yet it would be too expensive to pay workers a living wage? That’s something that needs to be debated in the 2020 election and also needs to be at the forefront of every debate we have in this country regarding whether or not we want to see everyone have a chance to get ahead.

But, as you might suspect, Senator Cruz didn’t get the point AOC was making. He just wanted to mock her and score some political points, so he tweeted out this in response:

Oh the humanity! Here’s the answer: government-mandated FREE CROISSANTS FOR ALL. And we’ll just force the bakers to give all of their time for free. #SocialistLogic #AprilFools https://t.co/1mx00FegwS

Sorry, Ted, but it looks like you’re the fool here.

Thankfully, Ocasio-Cortez had the perfect comeback to Cruz’s very poor attempt at trolling:

Is it socialist to demand that every person who works be able to afford a place to live, food to eat, and a chance to better themselves? How exactly is that socialism? It’s called an honest day’s wage for an honest day’s work, and it’s supposed to be one of the most basic tenets of economic fairness.

Good for you, AOC! Keep fighting for those who have no voice. And if Republicans mock you, it just means you’re on the right track.