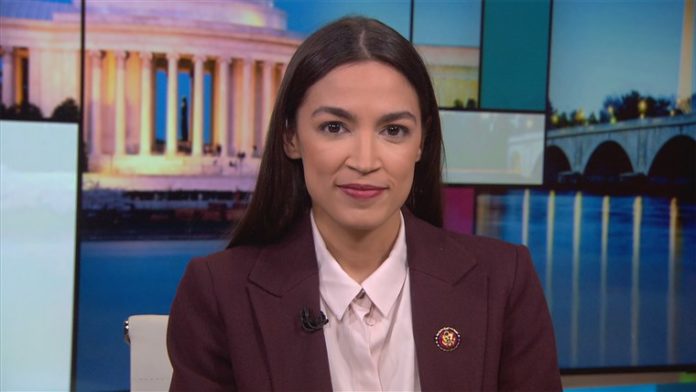 Having already done what some political observers considered impossible, beating incumbent Democratic congressman Joe Crowley in the 2018 primary, Rep. Alexandria Ocasio-Cortez (D-NY) may aim for even higher office as soon as 2022, according to Axios:

Even though she’s been in office for less than a year, Ocasio-Cortez (who is often referred to as AOC) is often sought out for her endorsement by Democratic political figures and has been making news in the 2020 presidential race by appearing in videos and with Senator Elizabeth Warren (D-MA), who is currently polling third in the race to be the Democratic nominee. AOC’s popularity also suggests that the concept of socialism is gaining traction within the party:

A Harris poll for “Axios on HBO” shows socialism is soaring in popularity, especially with women ages 18 to 54 (55%) and younger Americans.

So would AOC be interested in a Senate run in a couple of years? According to her communications director, Corbin Trent, the congresswoman is focused on unifying the party around progressive policies. When Trent was asked specifically about Ocasio-Cortez running for Senate, he remarked:

“Having worked on her campaign, I don’t think we’re going to be moving to a different role any time soon.”

There’s also the fundamental question of whether or not AOC could win statewide in New York. While she’s incredibly popular in her district and even nationally, a poll conducted by Sienna College in March showed that she might not do well in a statewide race, especially against candidates as well-known and popular as Schumer and Gillibrand.

Another possible role for Ocasio-Cortez could be as vice president on a 2020 Democratic ticket or a cabinet post if Democrats retake the White House next year. Whatever the future holds for her, AOC’s political star is clearly on the rise.