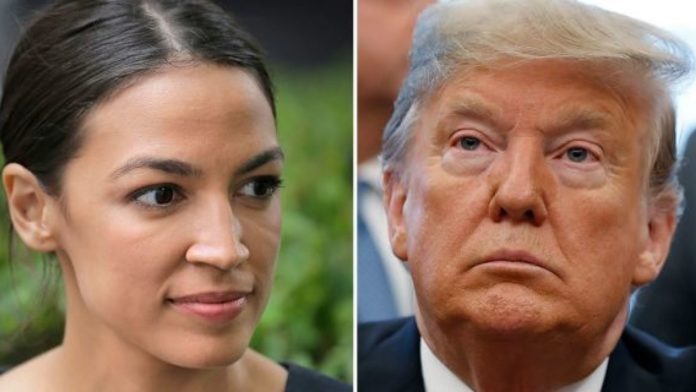 With President Donald Trump and those who support him taking a victory lap after the release of a four-page summary of the Mueller report from Attorney General William Barr, Rep. Alexandria Ocasio-Cortez is reminding the nation that even if Trump were to be impeached and removed from office, that would only solve part of what ails this country.

Ocasio-Cortez made her remarks on Twitter in response to this tweet from actor and activist George Takei:

Let’s say Trump goes down in disgrace from Mueller or the SDNY or Congressional investigations. We’re left with a big question: How did a guy like that get elected? Why do so many still support him? We can’t just say “Fox News” or “Russians.” We have serious issues to sort out.

That led the freshman congresswoman from the Bronx to note:

But removing Trump will not remove the infrastructure of an entire party that embraced him; the dark money that funded him; the online radicalization that drummed his army; nor the racism he amplified+reanimated.

Ocasio-Cortez then added that the process for dealing with the systemic problems we face as a republic won’t be easy:

In order for us to heal as a nation, we ALL must pursue the hard work of addressing these root causes.

It’s not as easy as voting. It means having uncomfortable moments convos w/ loved ones, w/ media, w/ those we disagree, and yes – within our own party, too.

Are we willing to have those conversations? Will we take a long look at ourselves and try to change for the better? If not, then Trump will merely be the first in a series of autocratic leaders who will further rip the United States into warring camps, forever destroying the fabric of what has made us great for over two centuries: Learning from our mistakes, striving to be a more perfect union, embracing our neighbors and using love to overcome hatred.

As AOC notes, none of this will be easy or accomplished overnight. But the changes have to begin with each person and in every heart.