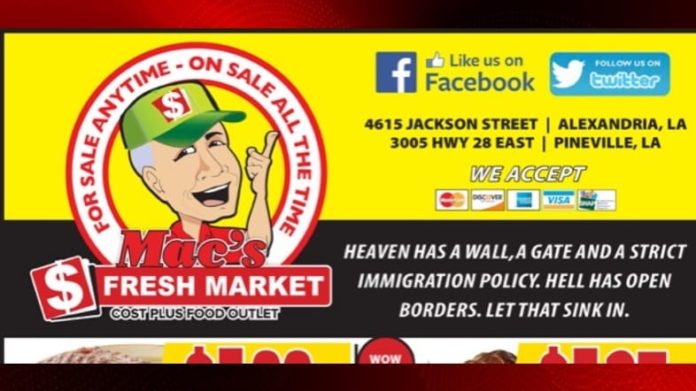 A grocery store chain with several locations in Southeast Arkansas and Louisiana is getting one hell of a backlash over a weekly ad they sent out by mail that contains a message that seems to support President Donald Trump’s controversial border wall.

“The ad book was sent to four Mac’s Cashsaver stores in Arkansas. According to the store, the mailer typically includes a religious or political message. The current mailer includes a message that references the U.S./Mexico border wall controversy. It reads, ‘Heaven has a wall, a gate and a strict immigration policy. Hell has open borders. Let that sink in.'” 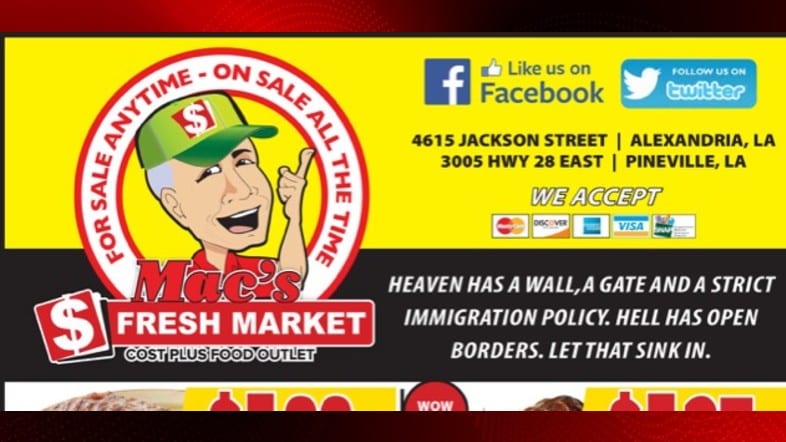 “It just doesn’t make any sense. Why would they put that on there?”

“I didn’t have a problem with it. If they want to come here, they can come here legally.”

Employees at the stores say they’ve gotten plenty of negative feedback from customers who came in to shop and others on the phone, but Manager Jack Digby maintained the message was about Christianity, not immigration or walls:

“They’re just making a political spin out of it and getting the wrong idea of what it really means.

“I am for the company and I am for God. There’s nothing wrong with what that statement says.”

While Digby and the grocery store certainly have a First Amendment right to express their views on any issue they wish, a couple of questions remain unanswered:

Perhaps President Trump can use the “heaven has a wall” in 2020 to rile up his already rabid supporters. If so, he might want to take into consideration that he hasn’t darkened the doors of a church in decades.