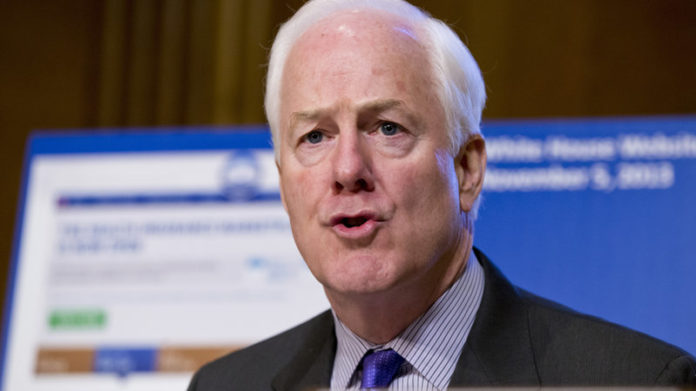 For some unknown reason, Senator John Cornyn decided he’d go on Twitter Sunday and post what sounds like an endorsement of the late Italian fascist leader Benito Mussolini:

“We were the first to assert that the more complicated the forms assumed by civilization, the more restricted the freedom of the individual must become.” Benito Mussolini

What in the hell is that supposed to mean? And even if it does actually have some meaning (more on that in a second), why in the world would anyone quote Mussolini unless they were either a.) writing a term paper b.) hoping to draw attention?

A couple of hours later, Cornyn gave some clarity to his initial posting:

You nailed it, Bud. Since so-called Democratic Socialists have forgotten or never learned the lessons of history, and how their ideology is incompatible with freedom, I guess we have to remind or teach them. https://t.co/ftzal1DMED

Here’s the problem with using Mussolini to warn against Democratic Socialism: Il Duce was the furthest thing in the world from a socialist in the way Cornyn was trying to make his absurd point. Mussolini was what’s known as a national socialist, just like another well-known fascist, Adolf Hitler.

Reaction to Cornyn’s bizarre tweet sparked an outpouring of ridicule and a reminder that the Texas senator doesn’t understand squat about 20th century history:

If you can’t make a point without quoting a Fascist dictator, you have no business being in the Senate.

My grandfather didn’t fight in WWII to defeat Mussolini for the @GOP to quote him in 2019.

I have no words for your party any longer.

Republicans are the fascists of today. Socialism is based on compassion and community, the opposite of what Republicans represent.

So, you gonna quote Hilter tomorrow, then?

As if we needed any more evidence that the GOP is the party of amoral monsters.