The United States Blues
Home Economics Almost two-thirds of Americans say they’re not better off financially than before... 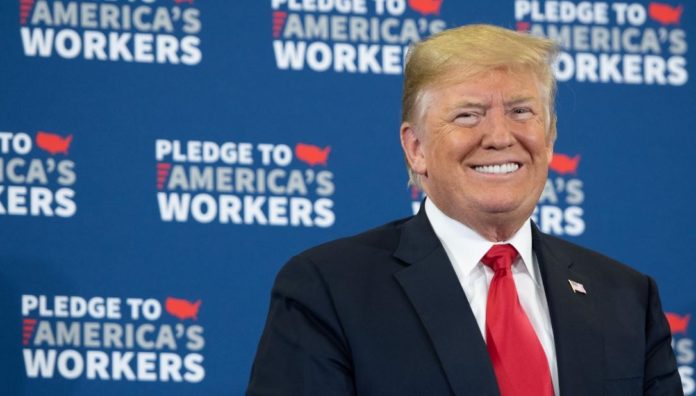 If President Donald Trump was counting on the economy to guarantee his reelection in 2020, a new poll suggests that the vast majority of American voters aren’t feeling particularly optimistic about their finances a year out from the next presidential balloting:

Nearly two-thirds of Americans say they are not better off financially than they were when Donald Trump was elected, casting doubt on whether economic expansion and a record bull market will boost the president’s re-election campaign in 2020.

According to a poll of likely voters conducted by the Financial Times and the Peter G Peterson Foundation, 31 per cent of Americans say they are now worse off financially than they were at the start of Mr Trump’s presidency. Another 33 per cent say there has been no change in their financial position since Mr Trump’s inauguration in January 2017, while 35 per cent say they are better off.

The main complaint among those surveyed was that wage growth hasn’t kept pace, despite the president’s claims that he is the steward of “the best economy ever.” 36 percent of those who said they were worse off than before Trump was elected blamed their income.

And while the stock market has done relatively well under Trump, those gains have only improved the mood a small slice of the American electorate:

College-educated men, for instance, were most likely to feel better off now than they were when Mr Trump first became president, with 48 per cent saying their fortunes had improved.

Additionally, the threats to U.S. economy identified by poll respondents are also on issues where Trump is weak:

When asked what was the biggest threat to the US economy, 27 per cent of poll respondents pointed to trade disputes with major trading partners such as China and Mexico. Another 26 per cent cited rising healthcare costs, while just 7 per cent pointed to the Fed’s interest rate policies.

The FT-Peterson poll is bad news for the incumbent president, especially since public impeachment hearings are set to begin later this month and could expose more questionable behavior by Trump and members of his administration regarding Ukraine and an alleged quid pro quo to trade military aid for dirt on one of Trump’s 2020 political opponents, former Vice President Joe Biden.