The United States Blues
Home News AM Joe just brilliantly and fairly showed how the GOP was duped... 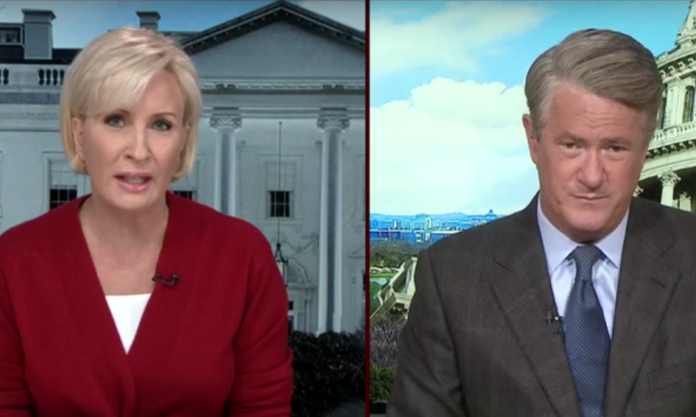 The Morning Joe panel took Republicans to the woodshed on Tuesday morning for refusing to stand up to President Donald Trump in any way, going so far as to ask if they’ve fallen for a cult leader.

Mika Brzezinski began by discussing Trump’s recently declared national emergency, pointing out that very few Republicans have had the courage to denounce the declaration if they’re not up for re-election.

Joe Scarborough chimed in by noting the hypocrisy of Republicans who constantly accused former President Barack Obama of abusing his power by issuing executive orders but are not screaming at all about Trump’s even more extreme measure to seize taxpayer dollars appropriated by Congress in violation of the Constitution.

The discussion then turned to the plot by a white nationalist member of the Coast Guard to kill Democrats and media figures. Scarborough observed that Trump has not denounced the terrorist plot and neither have many Republicans.

This resulted in Mika asking Republicans directly if they’ve been brainwashed by a cult.

“Have you fallen for a cult leader?” she asked. “Does he have ahold of your brain? Can you speak for yourselves, Republicans?”

“We have criticized the party so much for bowing down to Donald Trump, but I do have to say this is such a bright, obviously bright line to cross that if you vote for this national emergency, never, ever raise the constitution again and pretend you are a defender of it because this is a clear violation,” Scarborough said, turning his attention back to the national emergency declaration and the legislation Democrats have introduced to terminate it.

“This is not a hard one,” Rubin began. “You don’t have to be a law student or a lawyer to figure this one out. And listening to Nancy Pelosi yesterday introducing the measure and speaking about the separation of powers and importance of our Constitution, she sounded like Republicans used to talk, but, of course, Republicans don’t talk that way anymore. They have become a cult, and they simply follow Donald Trump, meandering through the desert, following him, making excuses for him, enabling him. It really is a defining moment for the party and for these individuals.”