The United States Blues
Home News AM Joe just perfectly called out Trump, GOP leaders and others for... 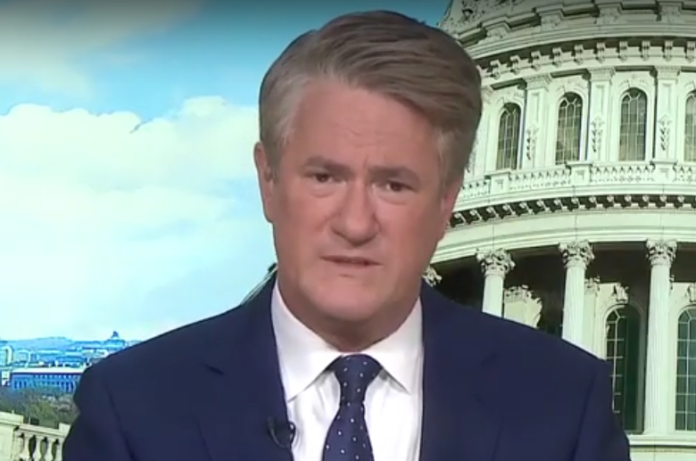 Morning Joe host Joe Scarborough took President Donald Trump, Republican leaders and the Department of Justice to the woodshed Friday morning for their silence on the recently uncovered terror plot to kill Democrats and media figures.

Law enforcement arrested and charged a Coast Guard officer a week ago for planning to murder several Democratic lawmakers, including many in the 2020 presidential race, and several media figures whom Trump has attacked as “enemies of the people,” including Scarborough himself.

Yet, neither Trump nor Republicans have condemned the plot publicly and the DOJ is also silent. And the silence is deafening because had the plot been against Republicans, they would all be demanding Democrats condemn it.

Morning Joe called them all out on Friday.

Mika Brzezinski pointed out that Republicans threw a hissy fit over perceived anti-Semitism after Rep. Ilhan Omar (D-Minn.) criticized Israel, demanding Democrats condemn her. But Republicans refuse to condemn a white nationalist who plotted to murder their political opponents.

He then called Republicans out by name.

“I will ask Mitt Romney, you think it’s a cool idea that somebody is trying to kill Nancy Pelosi, trying to kill Chuck Schumer?” Scarborough said. “You work with Chuck Schumer. You think you should condemn that plot? Hey, Lindsey Graham, you run the Judiciary Committee, you think it’s cool? You think you might want to check with the Justice Department and see why, oddly enough, they’re silent?”

Donny Deutsch responded by mocking Trump for treating Saturday Night Live as a threat but not batting an eye over a domestic terror plot to kill his political opponents.