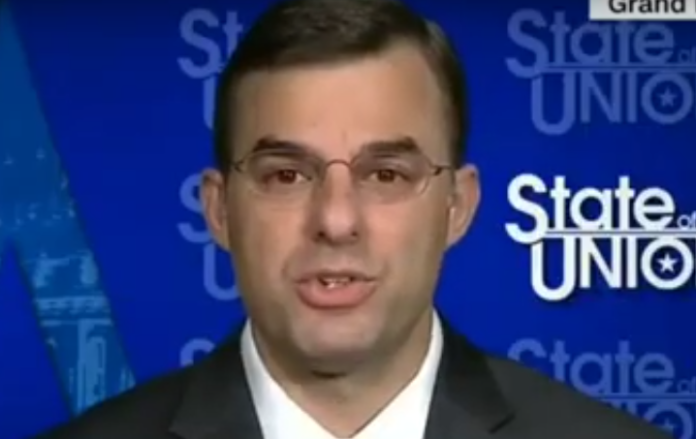 Rep.Justin Amash (R-Mich.) may have a primary challenger because he did the right thing by calling for impeachment, but he is now being recruited to challenge President Donald Trump, and it’s a move Kellyanne Conway’s husband George Conway supports.

Last week, Amash laid out his case for calling for impeaching Trump after careful analysis of the Mueller report, something his Republican colleagues refuse to do.

The Michigan congressman and member of the House Freedom Caucus became the first Republican in either chamber to publicly call for impeachment. He has drawn the ire of many Republicans ever since, but some privately support him.

Amash’s courage, and the fact that he is being praised by many conservatives who oppose Trump, is now resulting in the Libertarian Party making a serious effort to recruit him for a third party run in 2020 that would derail Trump’s reelection.

According to Reason magazine:

With the president and his sycophants in full attack mode, the effort to persuade Amash to join the Libertarian Party and run for president is intensifying. If he were to run as a Libertarian, Amash could have a big effect on the 2020 presidential race.

He would be expected to perform well in Michigan, which is one of Trump’s must-win states. For this reason, those in the Trump orbit might come to regret running him out of the Republican Party, if that is indeed what happens.

Amash running for president could siphon votes from Trump, especially from conservatives who are reluctant to vote for him but would do so if they have no alternative and don’t want to vote Democratic.

Trump only won states like Michigan, Pennsylvania and Wisconsin by thin margins, so an alternative conservative on the ballot could split the vote and flip these states back to blue.

And Amash is not taking the idea of running off the table.

One person who is especially enthusiastic about a potential run by Amash is George Conway, a frequent Trump critic and husband of Kellyanne Conway.

This would be a supreme act of patriotism by Rep. Amash. https://t.co/QevYInuUGA

Indeed, it would be. And he could make a real difference in 2020. Trump is a threat to democracy and the rule of law. Someone on the right needs to step up and defend the Constitution. After all, Amash has already thought about running for president in the past. Now would be the perfect time.