The United States Blues
Home Activism An American caravan flees to Canada for affordable care — but you... 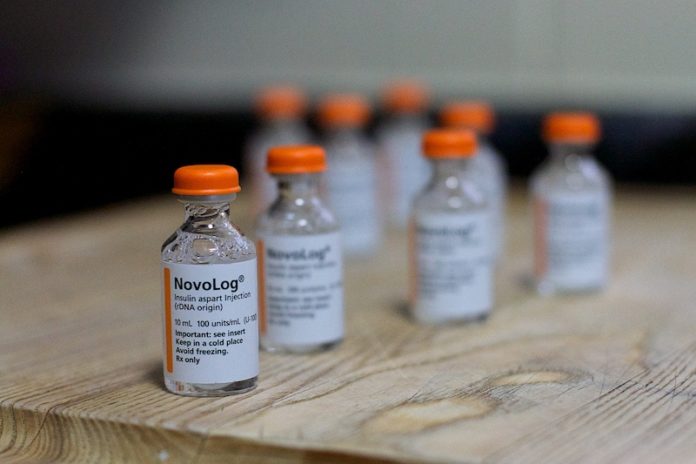 Shortly before the 2018 midterm elections, President Trump incited a falsified furor over a convoy of migrants forming a caravan headed for the southern U.S. border. Trump’s fearmongering included sending about 5,800 U.S. troops to protect against what he characterized as an “invasion.” Now, a different kind of movement is happening — an American caravan.

According to Newsweek, the group is primarily composed of American citizens with Type 1 diabetes, and they’re crossing the border for a very simple reason:

[The caravan] made its way across the U.S. border into Canada over the weekend in search of affordable medical care in a country where they can get the “exact same” life-saving drugs for a dramatically lower price.

The president recently amped up his efforts to center the conversation on the economy, likely fearing that poor economic performance could damage his 2020 reelection chances. And even though employment numbers this quarter indicate a strong national economy, it’s hard to justify a sunny disposition when American citizens leave the country to find the affordable care their own government will not provide for them.

The bad news is that those who need life-saving drugs have little time to ponder whether the government is unwilling or unable to help them, but they have a few ideas:

According to the report, caravan member Quinn Nystrom claimed that insulin can be bought at a tenth of the price in Fort Frances, Ontario, where the group is heading. By the time the caravan arrives, they will have traveled 600 miles from Twin Cities, Minnesota.

Even though Trump’s migrant caravan demonstrated nothing but political theater, this American caravan represents the human cost of our policy (or lack thereof) on universal healthcare.

The future of affordable care (and preventing another American caravan)

As the 2020 election rolls around, Americans are thinking more and more about affordable healthcare and the leader who may deliver it. CNBC claims that nearly all of Trump’s possible Democratic opponents have staked out their support for expanding health-care coverage.

However, some healthcare moments on the campaign trail stand out.

The senator has been criticized in the past for seeming too cozy with the pharmaceutical industry, and caught some heat for a controversial vote against a Senate measure aimed at lowering out-of-control drug prices (ironically, the same type the American caravan hopes to find in Canada. The measure was proposed by another presidential candidate, Bernie Sanders of Vermont.

Sanders has captured the imagination of his voters while advocating his Medicare-for-all package.

“It would widen the types of coverage available, as well as push private insurers out of the Medicare mix in favor of a single-payer model.“ — CNBC

Unfortunately, Sanders’ proposal has essentially no chance of passing in the Republican-controlled Senate.

Warren’s unofficial campaign slogan, “I’ve got a plan,” has caught on like wildfire among her voters, excited to see detailed and thorough policy prescriptions.

At a She The People event last week, Warren unveiled a plan to reduce the maternal mortality rate among African-American women, arguing that the pain of black women is ignored by American society.

Her plan would include incentives for hospitals that commit their resources to reducing those numbers among women of color, which is three to four times higher than it is for white women in the U.S.

Since the beginning of her run for president, Harris has signaled that abolishing private insurers altogether was foremost in her healthcare agenda.

“The idea is that everyone gets access to medical care,“ Harris said at a town hall in Iowa earlier this year.

When asked about his healthcare policy, former Vice President Joe Biden answered, “I don’t have time; I don’t want to keep you standing any longer.”

An impending American caravan or not, citizens are clamoring for real change in the realm of healthcare (even Trump’s acolytes balk at supporting him on this issue). But until then, they’ll travel 600 miles to Fort Frances, Ontario to get the job done.