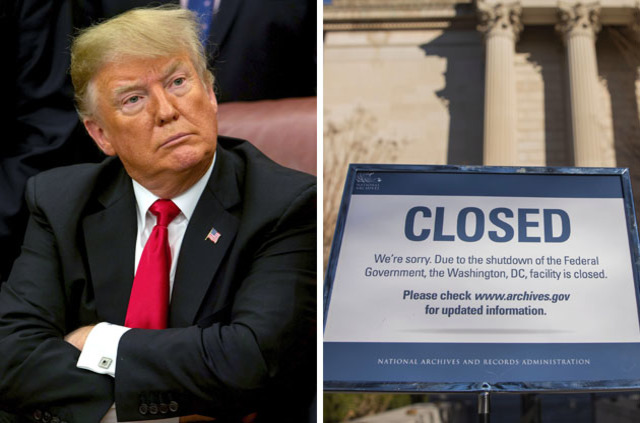 While President Donald Trump may think his recalcitrance on the issue of his long-promised border wall is a winner for him politically, a new poll suggests that more Americans say he’s to blame for the ongoing government shutdown, which has now entered its seventh day.

The Reuters/Ipsos poll shows that 47 percent of those surveyed said they hold Trump responsible for the shutdown, while only 33 percent say Congressional Democrats are to blame.

Additionally, only 35 percent of those polled said they support money for Trump’s wall on the Southern border in any spending bill that reopens the federal government. And only 25 percent said they agree with shutting down Washington over money for the wall.

On Thursday, White House Press Secretary Sarah Sanders said the administration would not budge from the president’s hard-line stance on money for border security, but didn’t mention the wall by name:

“The president has made clear that any bill to fund the government must adequately fund border security.”

No further Congressional action is likely before January 3, when Democrats take control of the House of Representatives.

Trump has repeatedly said that he’s happy to shutter the government until he gets his way on the wall. On Thursday, he tweeted out on the issue several times. Here’s a sampling:

The Democrats OBSTRUCTION of the desperately needed Wall, where they almost all recently agreed it should be built, is exceeded only by their OBSTRUCTION of 350 great people wanting & expecting to come into Government after being delayed for more than two years, a U.S. record!

This isn’t about the Wall, everybody knows that a Wall will work perfectly (In Israel the Wall works 99.9%). This is only about the Dems not letting Donald Trump & the Republicans have a win. They may have the 10 Senate votes, but we have the issue, Border Security. 2020!

But while Trump may try to pretend that everyone agrees with him when it comes to the wall, this new poll proves that many think he’s making a fool of himself yet again and want it to stop.