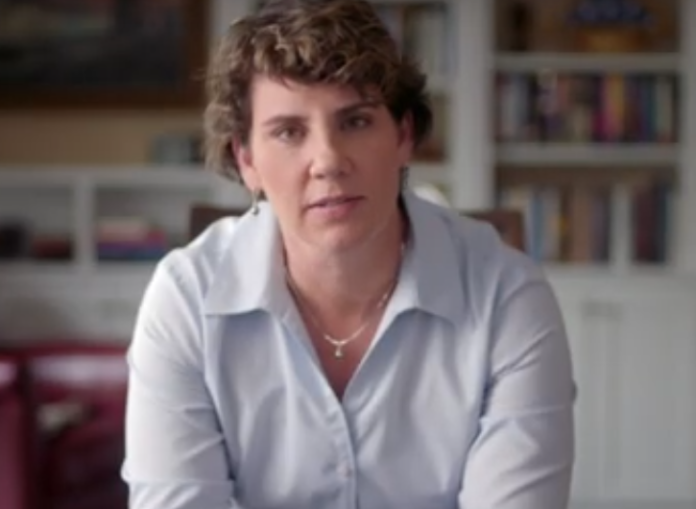 If Senate Majority Leader Mitch McConnell thinks being re-elected in 2020 is going to be easy, he should think again because Amy McGrath just entered the race against him and came out swinging.

McGrath is a decorated Marine pilot who served during the wars in Iraq and Afghanistan, becoming the first woman to fly an F/A-18 Hornet. She flew 89 missions and rained hell upon terrorists in the aftermath of 9/11.

She is also a mother, a college graduate, and ran a nearly successful campaign for Congress in 2018.

But running for Senate is not a district race, it’s a statewide race. And McConnell’s approval rating in Kentucky is abysmal.

On Tuesday, McGrath announced her candidacy to challenge McConnell and released a campaign ad targeting his toxicity in Washington.

McGrath began by noting that she once wrote a letter to McConnell about her dream to be a fighter pilot, a letter that he ignored. That got McGrath wondering how many other letters McConnell has ignored over the years, and she found some that were truly heartbreaking such as one man who wrote McConnell about losing his job. Another wrote to him about not being able to afford healthcare. And yet another wrote to him about being crushed by student loan debt.

McGrath then hammered McConnell for being the main cause of Washington gridlock and for assaulting democracy and the Constitution.

If we want to end the toxic politics in Congress, getting rid of Mitch is the place to start, she concluded.

I’m running to replace Mitch McConnell in the U.S. Senate. Everything that’s wrong with Washington had to start somewhere—it started with him. With your help, we can defeat Mitch and defend democracy. Join us: https://t.co/c4b0WAp4ji pic.twitter.com/DNLjFkHGua

She followed up the next morning with this tweet:

When I was 13 years old, I wrote my Senator—I wanted to be a fighter pilot, but women weren’t allowed to do that. Mitch McConnell never wrote back, and I know I’m not the only Kentuckian he’s ignored in his years in Washington. Let’s defeat him together: https://t.co/Zuvl99alrk

And then she made an appearance on Morning Joe, where she slammed McConnell for not getting anything done.

“The things that Kentuckians voted for Trump for are not being done,” she said. “He’s not able to get it done because of Senator McConnell.”

“The things that Kentuckians voted for Trump for are not being done. He’s not able to get it done because of Senator McConnell.” —@AmyMcGrathKY on why she’s running against Mitch McConnell. pic.twitter.com/xumeg5hhBY

McConnell has previously boasted about being the “grim reaper” of the Senate because he kills bills passed by the House that the American people support, including bills supported by a majority of Kentucky voters.

McGrath is, perhaps, the most formidable opponent McConnell has had to face in his entire too-long career. “Ditch Mitch” is already a popular campaign, and with McGrath throwing her hat in the ring, we are closer than ever before to finally ousting him from power. All Kentucky voters need to do to make it happen is to show up and vote like their lives depend on it. Because as McGrath demonstrated, McConnell doesn’t care about the lives of Kentuckians. He only cares about himself.