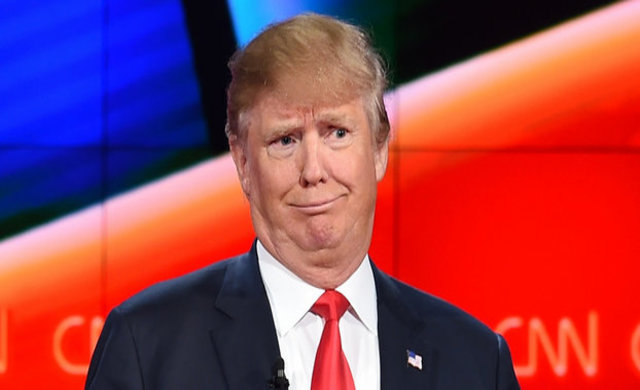 It’s always risky to try and comprehend exactly what goes on inside the mind of President Donald Trump, both because it rarely makes a bit of sense and also because it changes from moment to moment depending on his ever-shifting mood.

Monday morning, Trump said on Twitter that Democrats want to prohibit the detention or deportation of “criminal aliens” which he referred to as a “brand new demand” and branded as “Crazy!”:

The Democrats do not want us to detain, or send back, criminal aliens! This is a brand new demand. Crazy!

As usual, Trump offered no facts to back up his specious claim.

An hour later, Trump was back on social media, suggesting that Democrats need to “have some fun,” though he didn’t specify how exactly they should accomplish his suggestion:

The Democrats are so self righteous and ANGRY! Loosen up and have some fun. The Country is doing well!

So, over the course of an hour, the ever-mercurial president went from accusing Democrats of being crazy to saying they’re angry and need to relax. Seems safe to suspect all of this has something to do with the ongoing negotiations to avoid another government shutdown, which could begin as soon as this Friday if no agreement is reached between a bipartisan group of legislators and the White House.

Whatever Trump was trying to communicate, he got plenty of responses from others on Twitter:

There’s a treasonous criminal in the White House. This is no time for the Democrats to “loosen up and have some fun.” There will be time enough for fun when your lying criminal treasonous ass is locked up.

There are children who may never see their parents again. Don’t you dare tell us to “lighten up and have some fun”.

Loosen up and have some fun while you destroy American democracy & put us in danger globally?

And we’ll defeat you.

I thought there was an emergency at the border and we’re about to be overrun by mobs of rapists and drug dealers?