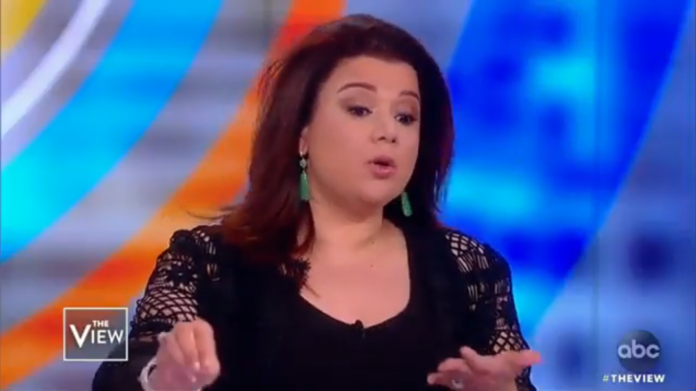 Ana Navarro said Friday on “The View” that a report from BuzzFeed News alleging that President Donald Trump ordered his former personal attorney, Michael Cohen, to commit perjury in testimony he gave to Congress may well wind up being the thing that triggers the president’s impeachment.

Navarro also noted that Trump had yet to deny the BuzzFeed report, which tells her that he knows he’s guilty as charged:

In response to Navarro’s comments, co-host Meghan McCain desperately tried to play down the allegations in the BuzzFeed article:

“We knew already that Cohen had lied to Congress, he pled guilty to that. We know he’s testifying February 7th in front of Congress. We know those hearings are now going to be conducted by Democrats who are going to ask him about this.”

That led Navarro to predict what she expects to happen next:

“Either BuzzFeed is going to have egg on their face, or we’re going to know if the president of the United States committed a federal felony. At that point we are in high crimes and misdemeanors, and we are in impeachment territory.”

Here’s a historical footnote: Suborning perjury and obstruction of justice were charges in the articles of impeachment drawn up against both Richard Nixon and Bill Clinton. And the things Trump is accused of doing make Nixon and Clinton look like Eagle Scouts.

The time has come for the House Judiciary Committee to investigate Donald Trump and see where the evidence leads. No man is above the law.