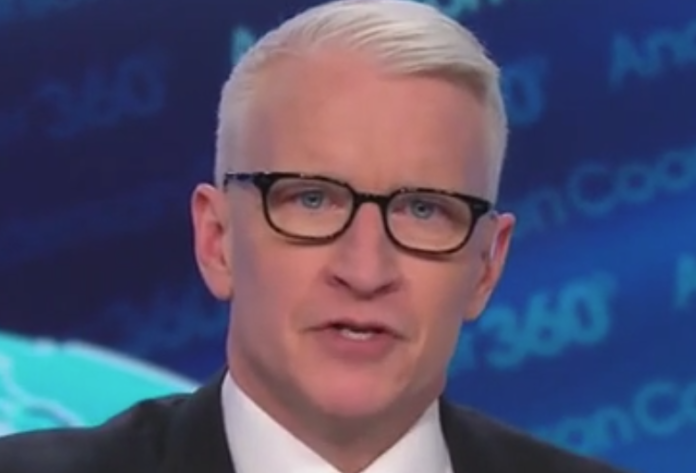 As President Donald Trump lashes out at former President Obama in response to being called out by Otto Warmbier’s parents for absolving North Korean dictator Kim Jong Un of any responsibility for their son’s brutal murder, CNN anchor Anderson Cooper shamed Trump for staining the presidency and betraying the American people.

During an interview with Sean Hannity earlier this week after his trip in Vietnam failed to secure a deal with the North Korean dictator, Trump said that he believes Kim Jong Un when he insists he didn’t know about how Warmbier, an American taken captive by the North Koreans for 17 months, was tortured until he fell into a coma and later died.

“He tells me that he didn’t know about it, and I will take him at his word,” Trump said. “Those prisons are rough. They’re rough places, and bad things happen, but I don’t believe he knew about it.”

That certainly came as a shock to Warmbier’s family, who issued a statement condemning Trump’s defense of Kim Jong Un.

Trump has received a ton of backlash for what he said, but he continued to refuse to hold Kim Jong Un accountable in a Twitter response Friday evening in which he lashed out at Obama before insisting that his words were “misinterpreted.”

I never like being misinterpreted, but especially when it comes to Otto Warmbier and his great family. Remember, I got Otto out along with three others. The previous Administration did nothing, and he was taken on their watch. Of course I hold North Korea responsible….

….for Otto’s mistreatment and death. Most important, Otto Warmbier will not have died in vain. Otto and his family have become a tremendous symbol of strong passion and strength, which will last for many years into the future. I love Otto and think of him often!

Trump is clearly desperate to cover his a** without apologizing to Warmbier’s family or holding Kim Jong Un responsible for the murder of their son. But Anderson Cooper didn’t let Trump off the hook.

“There has been so much that is abnormal about this presidency,” he began at the start of his show. “A daily deluge of lies and half-truths that the abnormal risks becoming normal. I just want to pause for a moment to point out that the times we’re living through are not normal.”

“It is not normal for a president of the United States, a country which has traditionally held itself as a beacon of freedom for the world, to praise one of the worst dictators on the planet,” Cooper continued. “That’s not normal. It should not be normal. The president of the United States insists he likes Kim Jong Un. He calls him a real leader. Just think about that for a moment. The leader of the free world calling the leader of the most repressive regime in the world a real leader.”

Cooper went on to point out that Kim Jong Un has had his political opponents and family members executed in some of the worst ways imaginable and has imprisoned hundreds of thousands in gulags, yet Trump admires him. He concluded by shaming Trump for betraying the Warmbier family and for cozying up to a brutal tyrant who wants to wipe America off the map.