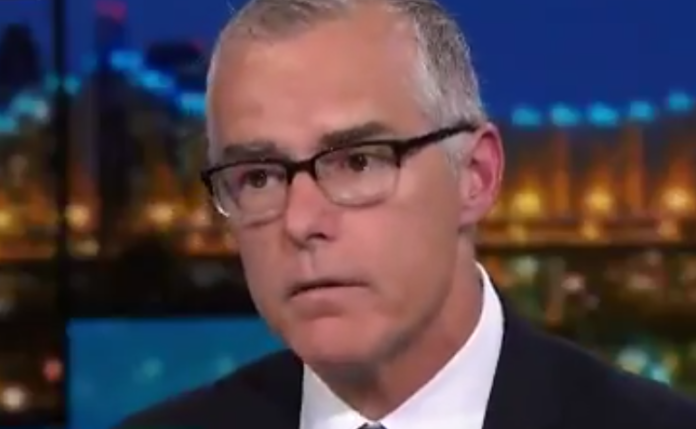 Former Deputy FBI Director Andrew McCabe offered his analysis of the recently released Mueller report on Thursday night during an interview with MSNBC host Rachel Maddow. And President Donald Trump is not going to like what he had to say.

Attorney General William Barr released the report on Thursday morning after holding a press conference to put his own spin on it in a desperate effort to protect Trump.

In particular, Barr sought to make excuses for Trump ahead of the damning revelation that Mueller listed ten instances of obstruction Trump committed over the course of the investigation.

Barr claimed that Trump should be let off the hook because he only obstructed out of frustration and paranoia, excuses that are worthless.

McCabe, whom Trump viciously fired just a day before he was set to retire, thus robbing him of his pension, came back with a vengeance to explain to Maddow just how good Mueller’s obstruction case is against Trump.

First, McCabe told Maddow that the Mueller report “validates” the decisions federal authorities made to start an investigation and include Trump as a subject.

McCabe then explained that because DOJ policy prevents the president from being indicted for some reason, Mueller was not going to write a report contradicting that opinion, which is why he chose not to recommend indictment.

However, McCabe also pointed out that Mueller did lay out a clear obstruction case against Trump.

“”What Director Mueller has done here is he’s provided an avalanche of facts that clearly indicates obstructive activity on the part of the president,” he said. “He calls it out plainly in ten different sections in volume two of the report and lays out why he believes the intent is present. And he lays out why he believes the nexus to the contemplated or ongoing matter is present. So, the analysis is extraordinary. The scope is incredibly damning for the president.”

Former acting FBI Dir. Andrew McCabe: “What Director Mueller has done here is he’s provided an avalanche of facts that clearly indicate obstructive activity on the part of the president.” pic.twitter.com/OGFfhbkLIJ