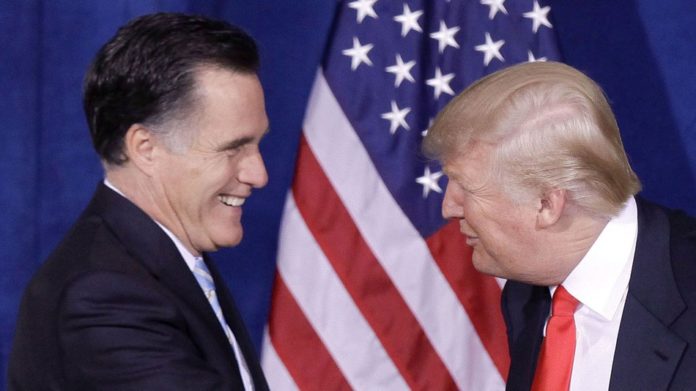 Just hours after incoming Senator Mitt Romney (R-UT) published a scathing op-ed in The Washington Post attacking President Donald Trump, the president fired back via Twitter, suggesting that Romney needed to be a “team player.”

In the op-ed, Romney wrote:

“(Trump’s) conduct over the past two years, particularly his actions this month, is evidence that the president has not risen to the mantle of the office. It is not that all of the president’s policies have been misguided… But policies and appointments are only a part of a presidency.”

Here we go with Mitt Romney, but so fast! Question will be, is he a Flake? I hope not. Would much prefer that Mitt focus on Border Security and so many other things where he can be helpful. I won big, and he didn’t. He should be happy for all Republicans. Be a TEAM player & WIN!

What Trump neglected to note is that his victory in 2016 may well be tainted, especially in light of the fact that we know Russia was actively working to help get him elected. And then there’s the matter of Hillary Clinton garnering almost 3 million more votes than Trump and winning the popular vote, which is still a touchy subject with the Donald.

It didn’t take long for social media to respond to Trump:

He’s going to lead the charge in the Senate for your impeachment. Welcome, Mitt!

BULLSHIT. You didn’t “win anything big.” #Hillary whooped your ass by 3-million votes and your bossdaddy #Putin stole the electoral college for you by 70k votes. And that despicable truth will soon be coming out… and then you’re finished… #Trump

Be a team player and #ResignAlready

@MittRomney was elected by his constituents. He is on their team, to be their voice. I hope that however he votes on things it is with their views and perspectives in mind. He was elected to represent them, not @realDonaldTrump.

Reminder: Your election ranked 47th of 58 in terms of electoral margin of victory, meatbag. You scraped by on around 100,000 votes in three key states.