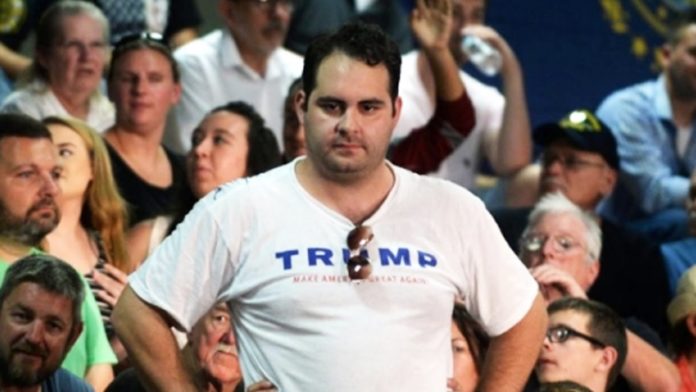 Now that’s President Donald Trump has decided he’ll sign the bipartisan legislation that gives him a mere $1.3 billion for border security, some of his most fervent supporters are saying he betrayed them and is destroying the country.

Especially enraged are right-wingers on the fringes of the conservative media world.

Daniel Horowitz, a conservative writer The Blaze, said he believes Trump’s willingness to sign the bill could pose big problems for the president:

“That is exactly why Democrats are salivating to vote on this within a few hours of passage, which is exactly why Trump has a responsibility to oppose it immediately and demand at least a short-term clean continuing resolution so that he can digest the consequences of this bill. If he cannot make that simple demand, which would not even trigger a phony shutdown, then his presidency is worthless.”

There’s no coming back from this. No “emergency” or presidential powers will allow him to build the wall, ever, after he signs this bill. Trump has just agreed to fully open borders.

TRUMP’S B.S. LINE ABOUT EMERGENCY FUNDING FOR THE WALL IS GONE IF HE SIGNS THIS BILL.

He CAN’T declare a national emergency to do something a bill he signed prevents him from doing. https://t.co/hU2pF7IGu7

Mark Krikiorian, executive director of the anti-immigrant Center for Immigration Studies, says the bill gives towns a veto power if they decide they don’t want the border wall built on their land:

“And which party controls all local government in South Texas? Go ahead, look it up, I’ll wait. Rio Grande City is the least Democratic community in the area, and even there voters supported Hillary Clinton in 2016 by more than three to one.

“Add to that the bill’s prohibition on border barriers in a range of public parks and spaces — such as the Santa Ana Wildlife Refuge, the Bentsen-Rio Grande Valley State Park, La Lomita Historical Park, or the National Butterfly Center — and the 55 miles of new fencing supposedly provided for in the bill might never get built at all.”

And on right-wing website Breitbart (the former home of ex-White House adviser and alt-right apologist Steve Bannon), this was the panic-stricken headline:

Looks like some of the Trumpkins just found out that their orange savior conned them. Seems like they should have known he would since he’s been conning people his entire life.