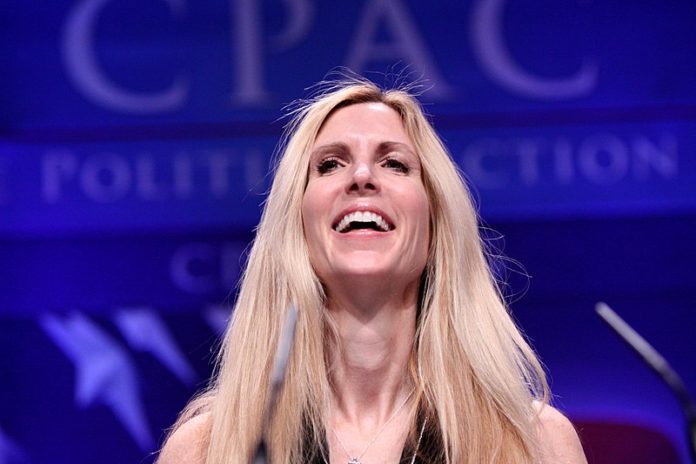 During an appearance on Fox News, Gingrich criticized Coulter for daring to criticize the dear leader and told Trump not to listen to her because the base is supposedly with him.

“He should not pay any attention to Ann Coulter,” Gingrich said. “Ann Coulter’s never run for office. She doesn’t know anything about how you put a majority together. She’s off here in some fantasy land where she gets to be noisy, which helps her sell books. The fact is, the president’s base is with the president. If he goes to them and says, ‘I got this done for the wall, I got this done to protect America, I’m doing these good things you believe in,’ the base is going to say, ‘fine.'”

The problem is that Trump no longer has a majority in Congress seeing as how Democrats control the House. Plus, support among his base is starting to slip. The other problem with Gingrich’s rant is that Coulter is part of Trump’s base, and that base is angry that he caved in to Democrats and didn’t get his wall as he has been promising for years.

In response, Coulter swiftly fired back on Twitter by burying Gingrich for being a lapdog, reminding him that the people have the right to criticize the president, including his supporters.

Newt Gingrich claims I’m in “fantasyland” for criticizing the president for breaking his central campaign promise. It has now come to my attention that Trump HAS built the full border wall & it’s working BEAUTIFULLY. That is why Trump is sailing to re-election!

Newt’s right — I’m just selling books. But at least I don’t have to kiss Trump’s ass to do so.

RIDDLE OF THE DAY: How do you break Newt Gingrich’s nose? (ANSWER: Kick Donald Trump in the ass.)

Poor Newt. At least Rudy got a job.

Newt seems to believe that you have to run for office to comment on public affairs. The constitution doesn’t just give free speech to disgraced politicians. It also affords speech rights to another category called “citizens.”

To those who would attack Newt, please remember that just as collusion is not a crime, kissing the emperor’s ass violates no federal law.

Trump voters have fallen into 2 factions: The Tell the Truth faction and the Kiss the Emperor’s Ass camp. Newt and I have picked different camps.

LITTLE-KNOWN LITERARY FACT: “The Emperor’s New Clothes” had to be edited for space. Lost was the scene where court haberdasher Newt Gingrich said, “Sir, you look splendid!”

This is an absolute drubbing that Gingrich would be wise to remember. For some reason, a lot of Trump supporters think Trump should not be criticized because he’s the president. Of course, that would be news to former President Obama, whom conservatives did nothing but criticize for eight years, even by Democrats at times.

Coulter makes a point here, and that’s Americans have the right to criticize the president and be angry with him. Just going along with whatever way he wants to spin his political defeat and humiliation does nothing. That being said, the president is the one who listened to Coulter instead of taking the deal that was on the table in December that would have avoided the shutdown in the first place. Trump’s the one who shut the government down and he’s the one to blame for it.