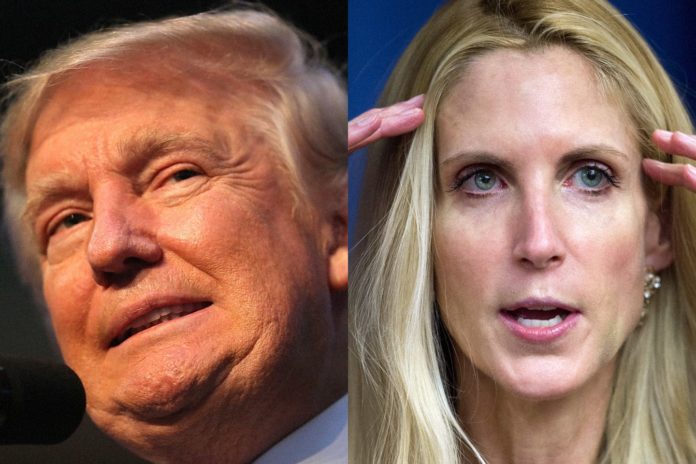 With polls showing the vast majority of Americans blame President Donald Trump for the ongoing government shutdown and don’t support building a wall on the Southern border, the president is making one last-ditch effort to extort billions of dollars from taxpayers with a prime time address from the Oval Office Tuesday evening and a trip to the border on Thursday.

However, one of Trump’s longtime supporters is now saying his visit to the border is ridiculous.

Monday afternoon on Twitter, conservative pundit and writer Ann Coulter weighed in on the matter, and she sounded spectacularly unimpressed with the president’s plan:

Trump GOING TO THE BORDER is beyond moronic. Does he need to meet with a cancer patient before deciding to fund cancer research?

Trump GOING TO THE BORDER is like politicians who switch positions on gay marriage after talking to a gay person. Did they hate gays before? These are public policy issues, not coffee klatches.

Border Patrol Agents are the LAST people who should be commenting on the need for a wall: “What do you think about us installing an inanimate object that can do your job better than you can?”

What will Trump GOING TO THE BORDER accomplish? I’ve been to a hospital. That doesn’t make me a doctor.

A few minutes later, Coulter gave her recommendation for what Trump needs to do:

We need 1 thing from President Trump: A serious Oval Office speech explaining why a Wall is the only compassionate solution.

Yes, we just need that magical speech where Trump can spew lies for a half-hour or so (depending on just how unhinged and wound up he is) and give his shrinking base of supporters a tingle of pure excitement as their political savior paints his dark, apocalyptic vision of how people from other countries are coming to take your job, abduct your daughter, and sell drugs on every street corner. Never mind that it’s all a gigantic fever dream offering only fear and loathing. All that matters to Trump and his acolytes is having their racism made acceptable in the Donald’s Brave New World.

Whether this president makes a speech or a thousand speeches, or whether he walks across the desert barefoot to where he wants his wall constructed, it won’t change the fact that Donald Trump wants to pour billions of our dollars down a proverbial rathole.