The United States Blues
Home Politics Congress AOC calls for birth control to be free and readily available over... 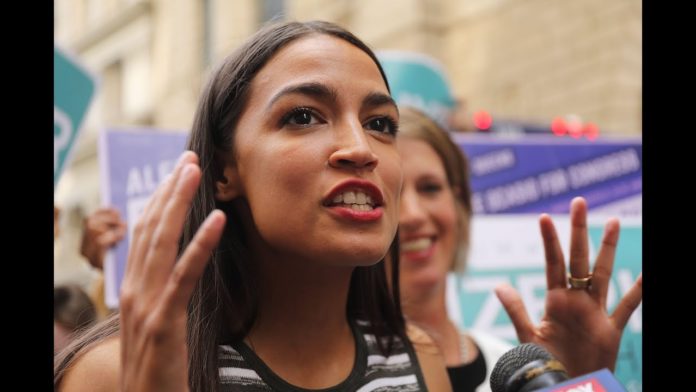 Rep. Alexandria Ocasio-Cortez (D-NY) said on Twitter that she believes that birth control in the United States should be free and available without a prescription. Currently, many birth control pills can only be obtained with a doctor’s prescription:

Psst! ? Birth control should be over-the-counter, pass it on.

Ocasio-Cortez — who is also known as AOC — has been a vocal proponent of women having expanded access to birth control, according to Mediaite:

Just last month, the Congresswoman posted a video of Rep. Lauren Underwood— a trained nurse — speaking at a Congressional hearing.

The mediocrity is astounding.

How would these guys like it if Gov was 80% female, constantly looking for ways to limit or outlaw condoms + vasectomies, yet had little/no medical context?

Sounds crazy? The flipside is what women & LGBTQ+ people have to deal w/ ALL the time. ??‍♀️ https://t.co/6GfysHlNFD

The Trump administration has declared war on birth control rights for women, The New York Times reported in 2017:

The Trump administration on Friday moved to expand the rights of employers to deny women insurance coverage for contraception and issued sweeping guidance on religious freedom that critics said could also erode civil rights protections for lesbian, gay, bisexual and transgender people.

The twin actions, by the Department of Health and Human Services and the Justice Department, were meant to carry out a promise issued by President Trump five months ago, when he declared in the Rose Garden that “we will not allow people of faith to be targeted, bullied or silenced anymore.”