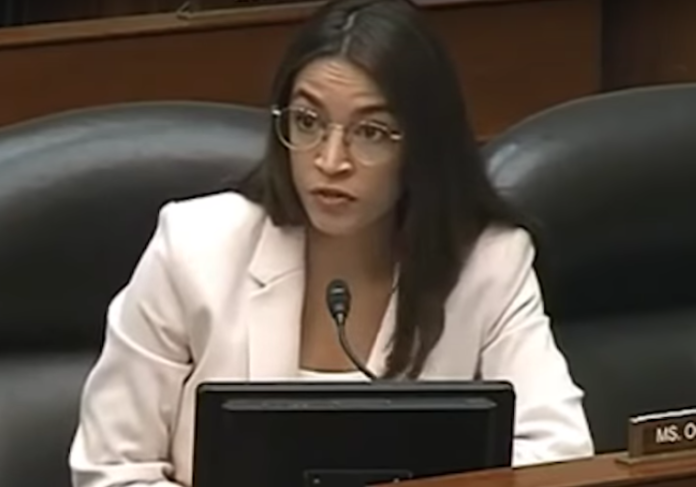 Rep. Alexandria Ocasio-Cortez (D-N.Y.), also known as AOC, jumped at the chance to grill a military contractor on Wednesday for price-gouging taxpayers and cleverly defended the cost of universal healthcare in the process.

Military contractor TransDigm got caught charging the government over a thousand times the cost of a small part the company manufactures and sells.

During a House Oversight Committee hearing, the prolific freshman lawmaker who attends every single hearing ripped TransDigm, beginning by highlighting how Republicans complain about the cost of universal healthcare while letting military contractors bilk taxpayers out of billions that could be spent helping the American people.

Universal healthcare will cost money to implement, but it’s a popular policy that would save the country money in the long-term, not to mention finally giving Americans affordable and accessible healthcare that is not profit-driven.

AOC laid out the extent of the company’s price-gouging so everyone could understand it.

“TransDigm sold 149 non-vehicular clutch discs to DoD,” she said. “It costs about $32 to make the part. And TransDigm charged us $1,443 for each of these three-inch discs. As a result of the upcharge the Inspector General determined that TransDigm profited 4,446 percent. A pair of jeans costs $32. Imagine paying over $1,000 for that.”

“Are you aware how many doses of insulin we could get for that,” Ocasio-Cortez asked the TransDigm executive.

“In a single-payer healthcare system, an insulin dose can cost $137 a vial,” she pointed out. “I could have gotten insulin for over 1,500 people for the cost of the margin of your price-gouging for these non-vehicular discs alone.”

It should be pointed out that the price of insulin in our country has skyrocketed because of price-gouging by the pharmaceutical companies, underscoring the need for universal healthcare and price controls.

She then listed some other things the wasted taxpayer dollars could have paid for.

“I could have covered the insulin costs of a community of 21,400 people for the cost of your price-gouging,” AOC said. “I could have sent 21 kids to college. I could have sent 18 toddlers to free preschool for a year in the most expensive city in America.”

“Why should we give you another dime?” she concluded.

Clearly, universal healthcare would be a better investment for taxpayers than wasteful purchases from greedy military contractors. It makes one wonder how many other military contractors price-gouge the government. This is why Americans should be grateful that Ocasio-Cortez is on the Oversight Committee fighting for us and our money. If we elect more lawmakers like her to Congress, we can truly drain the swamp.