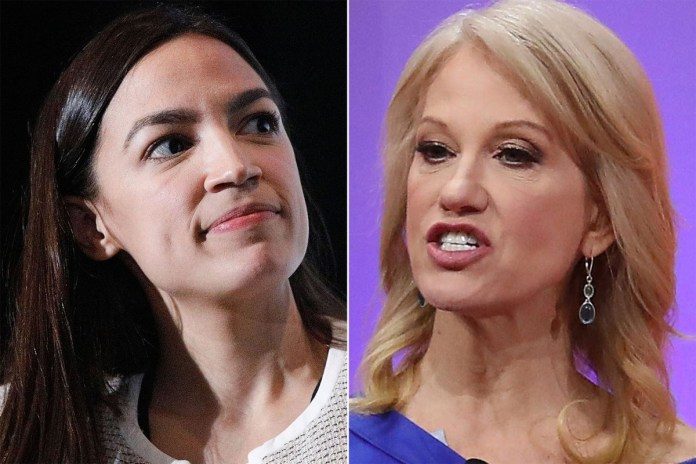 White House counselor Kellyanne Conway chose to pick a fight with the wrong person Sunday, trying to suggest that Rep. Alexandria Ocasio-Cortez (D-NY) had been silent after the Easter bombings in Sri Lanka that left 250 worshipers dead.

Appearing on CNN’s State of the Union, Conway told host Jake Tapper that it was odd how Ocasio-Cortez had tweeted “many times” about the mosque shootings in Christchurch,New Zealand that left 50 dead, but “never once” about the terrorist attack in Sri Lanka”

“I see officials who get a lot of airtime and ink like Alexandria Ocasio-Cortez, congresswoman, who tweets many times about the mosque and never once about the Christians being killed in Sri Lanka”

AOC to Conway via Twitter, directly challenging the White House aide and explaining exactly why she had not spoken sooner on the Sri Lanka bombings:

On Easter I was away from tech visiting my grandmother in Puerto Rico, which continues to suffer from the White House’s incompetent disaster response.

Are you trying to imply that I am less Christian? What was the point of you bringing this up on national TV? https://t.co/TIypLf2CaB

And then Ocasio-Cortez did indeed comment on what happened in Sri Lanka, and what she had to say perfectly shamed Conway:

The terrorist attack in Sri Lanka was horrifying. Saying ‘Easter worshippers’ matters bc Easter is the holiest day of the year for Christians, & to be targeted on Easter highlights how heinous the attack was – just as saying yesterday’s #SanDiego shooting was on Passover.

You are using this as an excuse to stoke suspicion around my Christianity + faith life, @KellyannePolls.

The Sri Lanka massacre was horrifying. No one should be targeted for their religion.

If you’re so moved, let’s do more to welcome immigrants fleeing religious persecution.

Keep in mind that Conway made her ill-informed remarks while being asked about President Donald Trump’s reaction to the white nationalist rally that took place in Charlottesville, Virginia, in 2017 that left one person dead. In other words, Conway tried to slag Ocasio-Cortez to provide cover for her boss, who said there were “very fine people” among the neo-Nazis and other right-wing hate groups that carried torches and chanted “Jews will not replace us.”

Kellyanne Conway is a hypocrite who proudly works for the most immoral man to ever hold the office of president. If she wants to attack others, she should take a long look in the mirror before she opens her mouth.