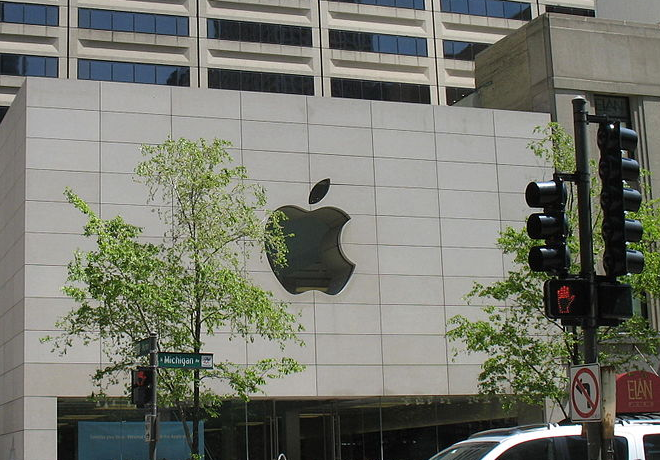 Nike and a laundry list of other shoe and clothing companies have already signed a statement warning Trump against levying more tariffs. In addition, farmers have already reached their breaking point and even manufacturers are fed up with the tariffs.

Now Apple has joined them by writing a letter to U.S. Trade Representative Robert Lighthizer urging the Trump administration to cease and desist before they cause irreversible damage to the economy.

“The proposed tariff list covers all of Apple’s major products, including iPhone, iPad, Mac, AirPods, and AppleTV, as well as the parts and batteries used to repair products in the United States,” Apple wrote of Trump’s new tariff threat. “The proposed tariffs also cover accessories that Apple makes for these devices, such as monitors and keyboards. We urge the U.S. Government not to impose tariffs on these products.”

The company then pointed out that it is the top corporate taxpayer and that it creates millions of jobs, contributes hundreds of millions to the overall economy and improves Americans’ quality of life..

Apple is a proud U.S. company and one of the largest job creators in the United States. We are responsible for over 2 million jobs across all 50 states, including Apple’s direct employees, employees at our manufacturing and retail partners, and Americans who make their living in the vibrant and growing app economy.

In 2018, after the passage of tax reform in the U.S., we announced our intention to make a total direct contribution to the U.S. economy of over $350 billion over 5 years and we are pleased to report that we are on track to achieve this contribution. We are opening several new sites and adding new jobs to our U.S. employee base. Apple is also the largest U.S. corporate taxpayer to the U.S. Treasury and pays billions more each year in local property, sales, and employee taxes.

Apple concluded by warning that new tariffs would force the company to reduce their contribution to the economy and would benefit their foreign competitors.

U.S. tariffs on Apple’s products would result in a reduction of Apple’s U.S. economic contribution. U.S. tariffs would also weigh on Apple’s global competitiveness. The Chinese producers we compete with in global markets do not have a significant presence in the U.S. market, and so would not be impacted by U.S. tariffs. Neither would our other major non-U.S. competitors. A U.S. tariff would, therefore, tilt the playing field in favor of our global competitors.

Clearly, Trump’s trade war is no longer tolerable, nor is it tenable. His obsession with tariffs must come to an immediate end. Jobs are being lost, prices are about to rise and a recession is becoming more likely every day, which would give Americans even more reason to reject him in 2020.

Trump knows nothing about business and economics. He needs to listen to the many companies telling him enough is enough.